Sick and tired: It’s a new year with the same old impeachment fever

The New Year begins with a craze: impeach President Donald Trump at all cost, whether or not he has committed any high crimes and misdemeanors.

This was starkly evident by the media reaction to a Jan.17 bombshell report published by Buzzfeed News, “President Trump Directed His Attorney Michael Cohen To Lie To Congress About The Moscow Tower Project.”

The story cited two law enforcement officials who alleged that they knew that Trump “personally instructed him [Cohen] to lie — by claiming that negotiations ended months earlier than they actually did — in order to obscure Trump’s involvement.” 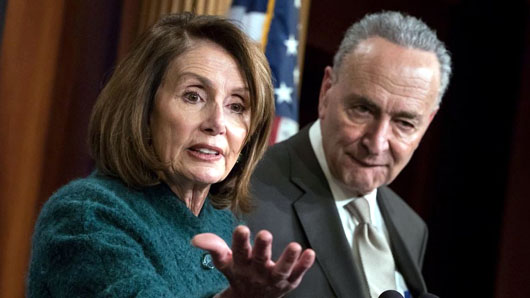 At issue is Cohen’s lie to Congress regarding the timeline of negotiations to build a Trump Tower in Moscow. Had the president told Cohen to lie to Congress, this would amount to suborning perjury, which is a federal crime that could result in impeachment.

Buzzfeed News continues to stand by the piece despite the fact that the office of the special counsel Robert Mueller issued a statement declaring that aspects of the report “are not accurate.” Which aspects are not accurate? No one knows yet. This is especially confusing because Cohen’s lawyer, Guy Petrillo, stated in a memo prior to his sentencing that Cohen lied “in accordance with Client-1’s [Trump’s] directives.” Hence, given the information that exists in the public record corroborating the Buzzfeed News report, why didn’t Mueller’s team provide greater clarity? By not providing a conclusive rebuke of the story, the special counsel’s office only sowed further disarray.

This murky story nonetheless dominated the news for two days. Without independent corroboration, much of the mainstream media speculated on the implications of the report. “If this is true…” said MSNBC’s Lawrence O’Donnell, modeling the approach many of his colleagues took. He and MSNBC’s Nicole Wallace, CNN’s Anderson Cooper, among others, used the word “if” and then talked for hours as though it were an accurate report. When the office of the special counsel disputed aspects of the story, the word “if” was bandied about like a magic wand of exoneration. But none of the broadcasters who used this tactic are exonerated from a blinding hatred of the president that leads to a complete failure to do their job.

Since when is reporting and analyzing news based on what might be true?

The media’s job is to independently confirm a report before broadcasting it. “I just think this is a bad day for us … it reinforces every bad stereotype about the news media,” said CNN chief legal analyst Jeffrey Toobin on Anderson Cooper 360, in a rare moment of clarity and integrity.

It does not help matters, in an era of impeachment frenzy, that Trump’s lawyer, Rudy Giuliani, further complicates a defense of the president with sloppy media interviews.

In an interview with CNN’s Chris Cuomo on Cuomo Prime Time, Giuliani falsely claimed that he “never said there was no collusion between the campaign, or people in the campaign.” The president and his counsel have instead repeatedly said there is no evidence whatsoever of any collusion, period.

In addition, Giuliani has now also extended the timeline of Trump’s pursuit of the Moscow Tower project. Initially we were told such talks ended in January 2016; subsequently Cohen declared the talks went on until June of that year; and in a Jan. 20 interview on MSNBC’s Meet the Press, Giuliani revealed that the president continued to discuss the Moscow Tower project with Cohen “as far as October, November.” What’s the next version of this story? This blatant lying feeds the impeachment fever of the day.

These are the stark facts: The media despises President Trump and is distorting reality to fit into their preconceived narrative that he will be impeached. Mueller’s office is drunk on power and is shrouding the investigation in mystery, thus fueling the rampant speculation about impending doom for the president. And Trump’s team is constantly shifting the story, adding to the perception that the president is duplicitous and must have something terrible to hide.

Thus far, there is no evidence that Trump has committed crimes in office that rise to the level of impeachable offenses. It is time for the media to return to a conscientious reporting of verified facts. It is also time for the Mueller team to reveal their findings and exonerate the president if they do not have sufficient evidence against him.

The impeachment fever afoot and the never-ending investigations that nurture it are corrosive to our republic and to the ever-more fragile bonds that unite us.