The U.S Senate just unanimously passed legislation that would bar and remove Chinese companies from U.S. stock exchanges that do not comply with U.S. audit standards. The uniformity of this passage was a bit stunning and very encouraging to see that finally mandating fair play in respect to China is becoming a bipartisan issue. 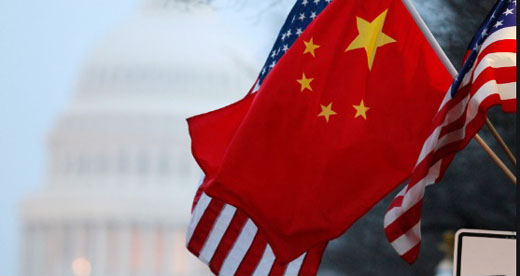 You may be thinking to yourself, “Why wasn’t this already a requirement?” And your incredulity would be well-placed. Effectively all Chinese companies are currently in non-compliance with U.S. audit standards, which require U.S. regulators to have access to company accounting information; something many Chinese companies are unwilling or unable to do.

Why it’s taken U.S. leaders decades to make Chinese companies abide by the same stringent accounting rules as American ones is a question beyond the scope of this article. However it is a telling sign of the shifting sentiment of both American politicians and the polity away from Chinese appeasement and double standards.

To be clear: this is not some Trumpian targeting of China as a means of just escalating tensions. Chinese fraud sold to the investing community presents real and documentable issues. From coronavirus figures to economic data, China is notoriously dishonest, and some of its companies don’t fall far from the tree. And bear in mind when I say “investing community” I don’t mean just hedge funds or Wall Street banks who know better, I mean pension funds and mutual funds, many of which benefit Main Street, blue-collar Americans and their retirement.

Fraudulent practices by Chinese companies have been going on for decades. Via duplicitous means like reverse-merger scams or cooking two sets of books, Chinese companies are notoriously opaque and sometimes even outright lie about their accounting practices. Even some of China’s largest and well-known companies like Alibaba are questioned for accounting methods that obfuscate information from American investors. Sophisticated investors like hedge fund manager Jim Chanos cast doubt on the cash flows of this $540 billion company: “What the company is really earning we don’t know….My experience with Chinese companies is that what you don’t know is generally not good news.”

This deceit goes beyond just investors, as even U.S. companies themselves have fallen victim to Chinese accounting malpractice. Caterpillar’s 2012 acquisition of ERA Mining Machinery resulted in a $580 million writedown after unearthing they essentially lied about their inventories.

The most-recent example of Chinese fraud occurred just this year. Luckin Coffee, a multi-billion dollar Starbucks knockoff that was a retail investor favorite, has seen their stock fall about 95 oercent since it was exposed they fabricated nearly half of their sales. In response, the Nasdaq has proposed a trio of rule changes that would make it more difficult for Chinese companies to raise capital and go public on its exchange, and is moving to delist Luckin. None of this will recoup the millions of dollars this fraud stole from U.S. investors, and could have been prevented.

The repercussions for China-based companies have already begun. President Donald Trump and the U.S. Labor Department have directed federal pension funds to halt plans to invest in Chinese companies. China, naturally, is threatening the U.S. in response, amusingly asserting that the U.S. uniformly enforcing accounting standards will somehow harm the reputation of our markets. “Not fair! Our compliance requires non-compliance!” joked The China Beige Book in response: one of the foremost authorities for private data on the Chinese economy.

This is, of course, nonsense. Some Chinese listings will naturally go to other foreign exchanges too feckless to demand accountability, and this is a small price to pay to protect the integrity of our markets.

Though they are not transparent with our regulators, some 90 percent of Chinese companies, totaling around $1 trillion in market capitalization, are already audited by one of the Big Four accounting firms. This serves as a fairly reassuring sign that when they’re finally forced to comply with all of our audit rules, we should find reasonably honest and stable businesses. Nevertheless, the era of double standards for China is finally reaching an end, and it’s something both political parties can and are getting behind.