Israeli scientists: ‘We believe we will offer in a year’s time a complete cure for cancer’

A team of Israeli scientists said they may have found the first complete cure for cancer.

Accelerated Evolution Biotechnologies Ltd. (AEBi) chairman of the board Dan Aridor and CEO Dr. Ilan Morad say their treatment, which they call MuTaTo (multi-target toxin) is essentially on the scale of a cancer antibiotic, The Jerusalem Post reported on Jan. 28. 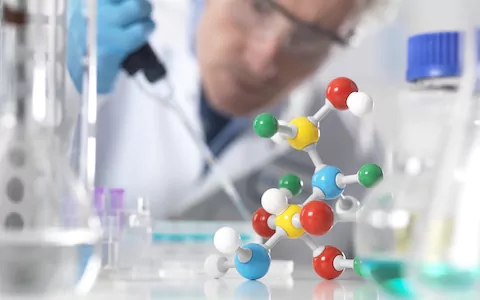 “We believe we will offer in a year’s time a complete cure for cancer,” Aridor said.

“Our cancer cure will be effective from day one, will last a duration of a few weeks and will have no or minimal side-effects at a much lower cost than most other treatments on the market,” Aridor said. “Our solution will be both generic and personal.”

Morad said AEBi has concluded its first exploratory mice experiment, which inhibited human cancer cell growth and had no effect at all on healthy mice cells, the report said. AEBi said it also has conducted several in-vitro trials and is on the cusp of beginning a round of clinical trials which could be completed within a few years and would make the treatment available in specific cases.

Aridor added: “Our results are consistent and repeatable.”

The scientists said many current cytotoxic anticancer treatments aim at fast-growing cells. But cancer stem cells are not fast growing, and they can escape these treatments. Then, when the treatment is over, they can generate cancer again.

“If it does not completely annihilate the cancer, the remaining cells can start to get mutations again, and then the cancer comes back, but this time it is drug resistant,” Morad said.

Morad said the team’s discovery could also reduce the sickening side-effects of most cancer treatments, which stem from drug treatments interacting with the wrong or additional targets, or the correct targets but on non-cancerous cells.

Morad equated the team’s concept to the triple drug cocktail that has helped change AIDS from being an automatic death sentence to a chronic – but often manageable – disease.

“We used to give AIDS patients several drugs, but we would administer them one at a time,” Morad explained. “During the course of treatment, the virus mutated, and the AIDS started attacking again. Only when patients started using a cocktail, were they able to stop the disease.”

Now, he said, people with AIDS are HIV carriers, but they are not sick anymore.

The MuTaTo cancer treatment will eventually be personalized, the scientists said. Each patient will provide a piece of his biopsy to the lab, which would then analyze it to know which receptors are overexpressed. The individual would then be administered exactly the molecule cocktail needed to cure his disease.

However, unlike in the case of AIDS, where patients must take the cocktail throughout their lives, in the case of MuTaTo, the cells would be killed, and the patient could likely stop treatment after only a few weeks, AEBi said.