Israel is ranked as the eighth most powerful nation in the world in the annual ranking of “Best Countries” by US News and World Report. 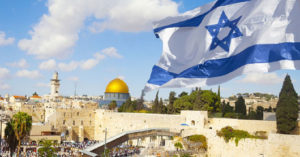 At 8.4 million, Israel ranks 100th in the world in population size.

“Israel, the only Jewish nation in the world, is a small country on the eastern shore of the Mediterranean Sea. For its relatively small size, the country has played a large role in global affairs. The country has a strong economy, landmarks of significance to several religions and strained relationships with many of its Arab neighbors,” US News and World Report said.

Following Israel on the power rankings list are Saudi Arabia, the UAE, and South Korea.

Topping the list were the United States, Russia, China, Germany, the UK, France and Japan.

“Israel has a technologically advanced market economy with cut diamonds, high-technology equipment and pharmaceuticals among its major exports. The country is very highly developed in terms of life expectancy, education, per capita income and other human development index indicators,” the report said.