A Coptic Christian priest was murdered on June 30 by a squad of gunmen from Islamic State of Iraq and Levant’s (ISIL’s) Egyptian affiliate. 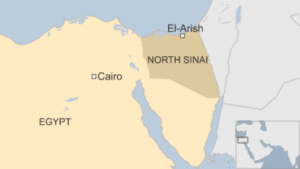 The jihadist group said in a statement posted on social media that the gunmen from ISIL’s Sinai Province affiliate killed 46-year-old Raphael Moussa in the North Sinai capital of El-Arish for “combating Islam.”

Police and the Coptic Church said the jihadists had followed the priest and waited for him to exit his car, then shot him in the head, killing him instantly.

“The whole situation in El-Arish and North Sinai is under threat,” said Coptic Church spokesman Boulos Halim. “Many Christians have left.”

Copts make up about 10 percent of Egypt’s population of 90 million.

Jihadists in Sinai have targeted Christians before, as well as Muslims they accuse of spying for the Egyptian government.