Is ‘American Marxism’ just a ‘cycle’ of history? No, says Levin: We’re being smashed by an ‘iron fist’

If book sales are any indication, Americans are waking up and smelling the coffee.

Marxists are “devouring this society,” Mark Levin noted in a recent interview on his new book “American Marxism”.

“What we’re confronting is not a temporary fad. It’s not part of a cycle,” Levin said. 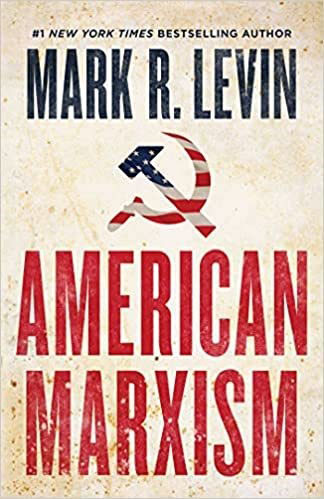 “American Marxism” sold over 400,000 copies in its first week and will debut on the New York Times bestseller list in the No. 1 slot for non-fiction hardcover books and ebooks, according to publishing sources. It is also expected to debut as the top seller in Canada on the Globe & Mail list.

“A brave new world of indoctrination of the children, so as to cripple and crumble what the Left has long viewed as the cause of all that ails humanity — the Constitution, capitalism and the very ideal of American Exceptionalism, that individual rights come from God, not government,” Chumley wrote. “Liberty is in peril.”

If you wonder why your child is not passing math, it is likely because children are being taught that “math is racist,” Chumley added.

In Washington, Joe Biden “sits idly by as the Democratic Socialists of America continue to reach out to members and press them to take jobs in America’s school systems,” Chumley wrote. “Why? Because teachers are tough to fire — and because teachers are the ones who have access to the youngest and most impressible minds in America, on a daily basis. And that means socialist teachers can sell their socialist rot to the rising generation of U.S. leaders in a way that would make it nearly impossible to overcome. After all, conquering by force always risks revengeful uprisings. But steal the hearts and minds of the youth and brainwash them to become complicit, even willing, even eager, participants in an internal takedown of America — well then, from where would the resistance come?”

Chumley continued: “These are America’s schools, America. Critical race theory. The 1619 Project. Democratic Socialists infiltration. Abolitionist Teachers Network propaganda. Race injected into everything; racial divisions, gender divisions, class divisions taking over talks about history, about the free market, about the role of government and the fate and future of the people. Want to save America and keep the country free? Save America’s children. Pull them from public schools.”

“If you love individualism and freedom, if you love opportunity, capitalism, if you love this nation, and you appreciate everything that’s come before, the shoulders that we stand on, then it’s time to step up,” Levin said.

’ a ‘wrecking ball’, Is ‘American Marxism’ just a ‘cycle’ of history? No, says Levin: We’re being smashed by an ‘iron fist’, WorldTribune.com