Interpol OKs ‘State of Palestine’ on secret ballot over objections from U.S., Israel

The International Police Organization (Interpol) voted to accept “Palestine” as a full member state on Sept. 27 despite the objections of the United States and Israel. 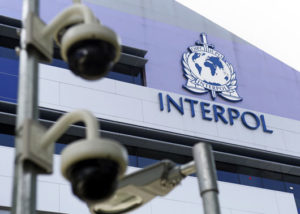 The move at Interpol’s annual General Assembly meeting in Beijing passed in a secret ballot by a vote of 75 to 24, with 34 abstentions. “Palestine” easily received more than the needed two-thirds of the yes-or-no votes counted.

“Secret ballots in international organizations generally work against Israel, as it prevents Israel from being able hold countries that vote against it accountable,” the Jerusalem Post noted in a Sept. 27 report.

Arguing that a state of Palestine does not exist, Israel opposes the admission of Palestine to all international organizations.

The U.S. also opposed Palestine’s inclusion in Interpol. According to U.S. law, Washington must cut funding to UN organizations that accept Palestine as a state. That law does not extend, however, to international groups outside the UN system.

Some Israeli media analysts voiced concern that Palestine as an Interpol member could ask the organization to issue a “Red Notice,” an alert to police worldwide to locate and provisionally arrest an individual, pending extradition.

A Red Notice, however, is not an international arrest warrant, and on its website Interpol notes that it cannot compel any member country to detain an individual named in one.

After the UN, Interpol – with 190 member states – is the largest international organization in the world. The Solomon Islands also gained membership on Sept. 27.