Insanity down under: Forcibly vaccinating kids; Watching the sunset forbidden

Covid lockdown has gone beyond Orwellian in Australia. 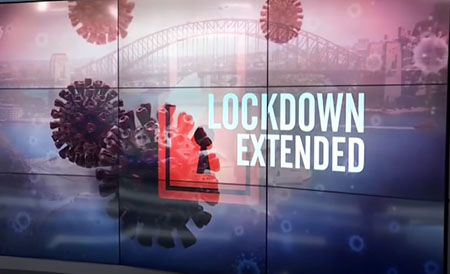 The leaders down under are showing what can happen when civilization loses its moorings.

Australian Minister for Health and Medical Research Brad Hazzard said at a press conference that the Australian government plans to seize 24,000 children, place them in a stadium quarantine camp, and fully vaccinate them without their parents being allowed to attend.

Citizens will be charged with “on the spot” excessive fines up to $5,000 per infraction if they violate the rules as their children get sent away to get forcibly vaccinated.

“This is not embellishment, nor is it an exaggeration. This is actually happening,” National File’s Andrew White noted.

Australia vaccine stadium for children monitored by the police. Parents not allowed in, 3 children collapsed and 2 are in a coma! Video from a close friend in Australia. It’s at the sydney Olympic park Qudos Arena. Vaccinate your kids they say… GENOCIDE pic.twitter.com/JqmZxSSHEx

One Australian news cast, which more resembles a broadcast straight out of China’s propaganda machine, claims it is “getting harder and harder to hide” from Australia’s Covid gestapo.

The broadcast describes how an arrest warrant was issued for a 27-year-old man allegedly infected with Covid who the report describes as coughing and sneezing while alone on an elevator.

What have I just watched? 😳

Whether it be psy-op/propaganda or not, this is the kind of thing being shown on Australian news channels 😱

“There’s a bunch of people down (at) the Rye Beach last night who thought the best thing to do was to watch the sunset,” Andrews said. “I’m sure it was a beautiful sunset. But that’s not in the spirit or in the letter of these rules.”

Remember, these comments come from an official in a supposedly free country.

“We need people to follow the rules and genuinely stay at home means stay at home,” Andrews said. “It’s not about looking for every loophole, every exemption, every blind corner where people can’t see you to do the wrong thing.”

Andrews boasted that he had been out on Thursday for a “legal walk” with his wife. A “legal walk” (this is real, it is not satire) is when a person is within their 5km radius while donning a face mask.

“A lot of people out weren’t wearing a mask. We all have to make choices that recognize how serious this is.”

Metropolitan Melbourne’s lockdown has been extended until at least Sept. 2. Residents living in the city are subject to a 9 p.m. to 5 a.m. curfew.

A Northern Territory aboriginal leader summed up the frustration millions of Australians are feeling when he confronted police who had tried to shut down an Aug. 21 rally: “We should be arresting you. We know where you live, we should be formulating citizens’ arrest upon these officers for committing fraud and treason on the Australian people.”