The chairman of the House Foreign Affairs Committee has sent the Trump administration a list of a dozen large Chinese banks with alleged ties to North Korea that are “ripe for sanctions.”

“We have not had the resolve to put these sanctions on those major institutions. It’s time to go to maximum pressure,” said Rep. Ed Royce, California Republican. 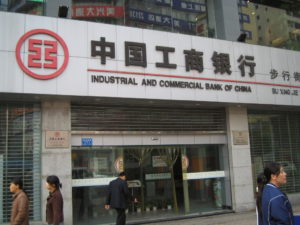 The list includes the world’s largest bank, Industrial and Commercial Bank of China, according to a source who spoke with Yonhap on the condition of anonymity.

The administration of President George W. Bush had success in 2005 when it blacklisted the Macau-based Banco Delta Asia bank for laundering money for North Korea’s regime. Other financial institutions then severed ties with Pyongyang for fear of similar sanctions, which eventually forced North Korea to come to the negotiating table.

The UN Security Council on Sept. 11 adopted new sanctions to punish North Korea for its sixth nuclear test on Sept. 3, but the measures fell short of U.S. demands for an oil embargo and asset freeze for Kim Jong-Un.

On Sept. 12, U.S. Treasury Secretary Steven Mnuchin threatened to impose additional sanctions on China if it fails to implement the new sanctions.

“If China doesn’t follow these sanctions, we will put additional sanctions on them and prevent them from accessing the U.S. and international dollar system, and that’s quite meaningful,” he told a conference in New York.