“Living in the shadows” is getting easier every day.

All kinds of handy tips are available online for those who want to live in America illegally and enjoy many of the financial and societal benefits afforded to U.S. citizens. 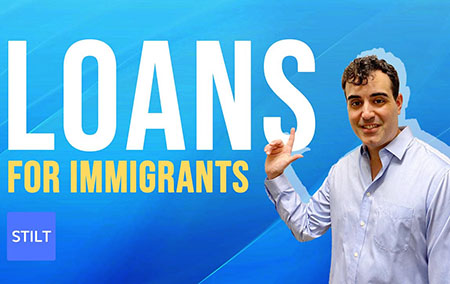 For example, Illegal aliens can now get driver’s licenses in more than a dozen states.

An Individual Taxpayer Identification Number is available for illegals so that they may pay taxes. The ITIN number also happens to be the key to allow them to:

A lending company called Stilt is author of the home ownership guide. Stilt boasts that it provides “loans for immigrants and the underserved.”

You don’t have to be a financial genius to guess who that last part refers to.

Stilt unabashedly aims to allow illegal aliens to grab a share of the “American dream,” even though they are not Americans:

For many, purchasing a home is a big part of the American dream. It can lead to prosperity, stability, and the increased ability to pass on what you worked for to the next generation. It may come as a surprise, though, that many undocumented immigrants hope this dream becomes their reality, too.

The article explains that there may be some roadblocks along the way, but these can be easily navigated:

There is no shame in Stilt’s business write-up:

Purchasing a home in any country require significant resources, though – resources that undocumented immigrants usually don’t have access too, but that doesn’t mean illegal immigrants can’t own property in the U.S.

The company explains the great importance of having an ITIN number:

While some undocumented immigrants might be able to simply purchase a home with cash, most use a little-known investment tool known as an ITIN mortgage. An ITIN is an individual tax identification number and was created as an alternative to a Social Security Number so that foreign nationals who owned businesses or property in the US could pay taxes on those assets.

But undocumented immigrants can also acquire an ITIN and are then able to open bank accounts, pay income tax — and qualify for a mortgage on a home.

Stilt then walks the potential illegal alien homeowner through the process.

At the end of article is a pitch for its services:

Need a Loan? Get One in 3 Simple Steps

Yes, Stilt specifically targets its business at immigrants, and apparently, being legal is not a serious problem to the company.

Another article on its website is titled “What Is an Undocumented Immigrant?” The ruling establishment propagandists at our big-box media outlets could not have put it better:

Meanwhile, there are immigrants who are students or have close family members in the country. They are not bothered by the immigration authorities because they would rather focus on immigrants who commit crimes or are a risk to people from the U.S. There are also immigrants who may be DACA recipients.

So how is all this working out for Stilt? America is in the throes of a demographic-changing mass invasion from legal and illegal immigration, with dire effects on the labor and housing markets and the quality of life of overcrowded cities and towns. But for Stilt, things have never been better.

Stilt, which started its life as a provider of financial services for immigrants, has raised $14 million in Series A funding led by Link Ventures as it expands its focus to include a [Business-to-Business] offering.

In addition to the equity raise, the San Francisco-based fintech said it has also closed on a new $100 million debt facility for lending to its loan customers, bringing its total raised to $375 million in equity and debt financing since its 2015 inception.

Business is booming, and the entrepreneurial company is constantly seeking out new ways to serve its shadowy clientele:

The company plans to use its new capital to grow its team of 30 and increase the pace of product development with the goal of launching new products and adding new features to existing ones in the coming months. It also will invest in broader marketing efforts.

Link Ventures’ managing director Lisa Dolan said her firm was drawn to “the team’s deep understanding of credit infrastructure and the greater mission of enabling credit to those who are worthy of credit but forgotten by traditional finance.”

The contempt for the rule of law has become so ingrained that illegal aliens now are willing to publicly complain about being “discriminated against” when trying to purchase a home. New Jersey Spotlight News reported in September:

Fernando Aparicio-Rojas has been on the hunt for months for a house he could buy that his mother, two younger siblings and he could move into and finally realize a dream he’s had since he was a child.

But Aparicio-Rojas’ journey to become a homeowner hit a snag recently when three different bids he made on a house in Union Township were not accepted. The listing agent indicated to him, Aparicio-Rojas said, that the reason was because of his immigration status. Aparicio-Rojas was born in Mexico and is undocumented, but he is shielded from deportation under a program known as Deferred Action for Childhood Arrivals, or DACA….

“We were wondering why they kept denying our offer until she wrote those [text] messages to my realtor,’’ Aparicio-Rojas said. “Clearly it’s because she is discriminating [against] me based on my DACA status, which has nothing to do with my income and profession.”

Expect to hear more of this sooner rather than later:

Aparicio-Rojas posted the listing agent’s texts on his Instagram account, and that post has received more than 1,300 likes, with some others adding their tales of alleged housing discrimination. Mayiyi Sevilla, the real estate agent who has been helping him look for a house, said she plans to file a complaint with the New Jersey Real Estate Commission.

“Just because he is DACA that shouldn’t put a limit on him,’’ Sevilla said. “I’m angry because you shouldn’t do this to another human being. I’m sad to see other people treat others like this, and I’m sad for my client because I know how much he wanted the house.”

An enormous and elaborate social infrastructure is being created for illegal aliens right under the noses of the American people. The consequences to the nation are immense: a watering down of the privileges of citizenship is bound to correspond directly with a stark shrinkage in people willing to fulfill the duties of citizenship.

American citizens have every reason to ask themselves: In any meaningful sense of the term, do we even have a country anymore?