Hillary’s ‘make-or-break’ warning: If Trump not held accountable, it ‘could be the end of our democracy’

Is this a warning from a still-relevant political leader, or merely the rantings of a political “bag lady”?

Hillary Clinton said on NBC’s “Today” on Dec. 12 that if former President Donald Trump wins back the presidency in 2024 it “could be the end” of U.S. democracy. 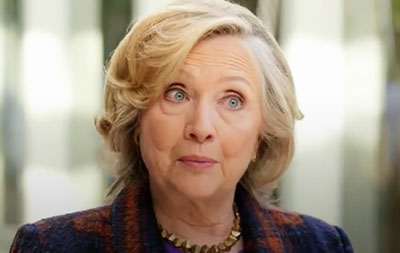 “If I were a betting person right now, I’d say Trump is going to run again. He seems to be setting himself up to do that, and if he’s not held accountable, then he gets to do it again. I think that could be the end of our democracy,” Clinton said.

The loser to Trump in the 2016 presidential election added: “Not to be too pointed about it, but I want people to understand that this is a make-or-break point. If he or someone of his ilk were once again to be elected president, and if especially if he had a Congress that would do his bidding, you will not recognize our country.”

“I tried to warn people. I tried to make the case that this was really dangerous — the people he was allied with, what they were saying, what he might do. I do think, but for Jim Comey and the stunt he pulled 10 days before the election, I would have won. I feel terrible about not stopping him and the people around him, but I feel like now everybody can see for themselves what kind of leader he is.

“Clearly, there were people who liked what they saw, despite what I see as the real dangers to our country. They turned out and voted for him. And he’s trying to get it set up so that will happen again for him, even as he loses, as he did twice the popular vote.”

2024 election, Donald Trump, Hillary Clinton, Hillary’s ‘make-or-break’ warning: If Trump not held accountable, it ‘could be the end of our democracy’, WorldTribune.com

Hillary’s ‘make-or-break’ warning: If Trump not held accountable, it ‘could be the end of our democracy’ added by Editor Two on December 14, 2021
View all posts by Editor Two →