House Democrats have finally released the text of the 600-page covid relief bill.

The legislation, at a cost of $1.9 trillion to taxpayers, is infected with waste and partisan kick-backs that have nothing to do with the coronavirus. 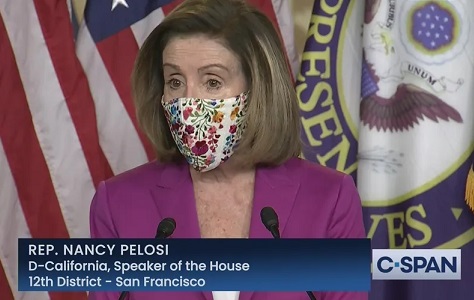 Brad Polumbo of the Foundation for Economic Education listed 10 “crazy examples of unrelated waste” in the bill:

Billions for public schools whether they reopen or not

The behemoth legislation doles out $129 billion for K-12 schools, ostensibly earmarked for helping them reopen. But it’s actually just a handout for teachers’ unions and public schools. They get the money regardless of whether they reopen or not, and much of it is allocated for spending in 2022 through 2028, long after the pandemic.

There are too many in the bill to count, but one glaring example of the corruption and cronyism peppered throughout this bill comes courtesy of the $1.5 million it allocates for the Seaway International Bridge. The bridge “connects New York to Canada and is a priority for New York Sen. Chuck Schumer,” the Wall Street Journal noted.

$1 billion for ‘racial justice’ for farmers

The coronavirus stimulus package being pushed by Joe Biden “puts more than $1 billion toward ‘socially disadvantaged’ farmers and related groups — including an equity commission, agricultural training and other assistance to advance racial justice in farming,” Fox News reports.

The legislation allocates $50 million for “environmental justice” grants via the Environmental Protection Agency. The Republican Study Commission decried these grants as a “thinly-veiled kickback” because much of this money will end up going to left-wing political groups.

In an expenditure with zero apparent connection to covid, the new bill allocates $112 million for the “Bay Area Rapid Transit (BART) expansion” program. The money would largely go to a specific “underground rail project in Silicon Valley for which planning has been going on for several years but hasn’t yet broken ground,” Fox Business reports.

Slipped into the seemingly endless bill text is a $10 million appropriation to “ensure the survival and continuing vitality of Native American languages during and after the public health emergency.”

$200 million for museum and library services

Museums and libraries are, for the most part, closed across the country. Yet under this bill, the Institute of Museum and Library Services (did you even know that was a thing?) would be allocated $200 million in taxpayer money.

One might expect the U.S. Congress’s coronavirus legislation to focus on, well, the U.S. But the new legislation allocates a whopping $750 million for the Centers for Disease Control to spend on global health problems and vaccination efforts in other countries.

The bill also allocates $750 million — on top of existing and prior funding — for “housing assistance and supportive services programs for Native Americans.”

House Democrats have long sought to expand Obamacare subsidies and eliminate caps that prohibit them from going to high-income individuals. Unable to find the votes to do so via the normal legislative process, they’ve simply slipped this partisan priority into their “covid” relief legislation.