Here’s what a very rare audit of 2020 mail ballots in Missoula, Montana turned up

During the summer of 2020, Montana’s then-governor, Democrat Steve Bullock, issued a directive allowing the state’s counties to conduct the Nov. 3 election fully by mail.

“Missoula, Montana’s second most populous county and one of its most heavily Democratic, opted in to the universal vote-by-mail regime,” Real Clear Investigations noted in a March 24 report. 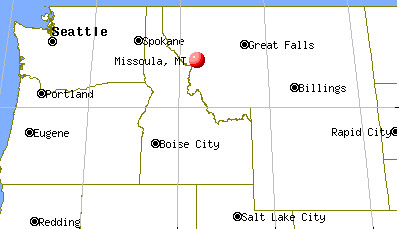 An audit of the county’s November ballot envelopes found thousands of irregularities, the report said.

The party-line vote in which the Democrat-controlled U.S. House passed H.R. 1 would result in universal mail-in voting across America.

On Jan. 4 a team of volunteers conducted an audit with the assistance of the Missoula County Elections Office. The audit consisted of both a count and review of all ballot envelopes and comparing that to the number of officially recorded votes during the Nov. 3 general election.

The audit found that 4,592 out of the 72,491 mail-in ballots lacked envelopes — 6.33 percent of all votes. Without an officially printed envelope with registration information, a voter’s signature, and a postmark indicating whether it was cast on time, election officials cannot verify that a ballot is legitimate. It is against the law to count such votes.

“What’s more, according to auditors, county employees claimed that during the post-election audit, some of the envelopes may have been double-counted, possibly indicating an even higher number of missing envelopes,” the report noted.

Additionally, auditors tested a smaller, random sub-sample of 15,455 mail-in envelopes for other defects and found 55 lacked postmark dates, and 53 never had their signatures checked. That would make more than 5,000 of Missoula County’s votes — roughly 7 percent — with unexplained irregularities.

Auditors also found that dozens of ballot envelopes had similar, distinctive handwriting styles in the signatures, “suggesting that one or several persons may have filled out and submitted multiple ballots, an act of fraud,” the report noted.

One auditor asserted that of 28 envelopes reviewed from the same address, a nursing home, all 28 signatures looked “exactly the same” stylistically.

Another auditor reported that among the envelopes she reviewed, two very unique signatures appeared dozens of times, describing one such signature as starting out flat, moving to a peak, and tapering out, and another as consisting of numerous circles — a “bubble signature.”

“Auditors were unable to conduct a more comprehensive count because, they say, Missoula County elections officials refused to permit them to take pictures of the signatures, and envelopes were not shared across the different tabulation tables at the audit, so reviewers could not cross-compare ballot samples,” the report said.

Auditors also said that county elections office did not provide access to video footage it claimed to have recorded of vote-counting activities.