Guest editorial: 8 years to create the ‘Deep State’ and may God bless the republic and President Trump

COLORADO SPRINGS, Colorado – For history and political science buffs, the Trump presidency is providing a veritable laboratory of the law and the U.S. presidency, as well as the opportunity to sift conflicting accounts to arrive at valid conclusions.

These opportunities were kindly brought to us by the outgoing President, who had a full eight years during which to pack the security agencies with his people as he holds tight to power, no matter what, the law, be damned. 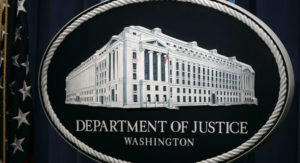 For Obama Democrats, it’s all about outcome. If a few eggs are broken in the process, so be it. If President Trump so much as coughs, three reporters for the New York Times will be reporting on his impending lung cancer. If he walks on water, the Jeff Bezos-owned Washington Post will report that the new President doesn’t know how to swim.

With the liberal media conveying solely the far-left agenda, leaving the real news behind, the average citizen can be excused for being outraged at the Washington turmoil, all of which, they are told, is the President’s fault.

Item:  The FBI Director, a smart lawyer, stepped outside his legal boundaries to hold news conferences about his investigation of Hillary Clinton, followed by publicly suggesting, based on “intent,” that she should not be prosecuted. As a former deputy attorney general, Comey apparently got his old job mixed up with his new job. Grounds for firing on the spot, much less this spring, by the new president.

Item:  The President discussed airplane security threats with Russian representatives. His security staff was in attendance. The Deep State and its media lap dog have proclaimed that the president— shocking!—shared national security secrets with the Russians.

Item:  Comey, now fired, has “friends” releasing his own self-serving memos that counter the President’s version of matters. These suspect memos are providing the attack Capitol Hill jackals with a thread-slim premise to further investigations of all sorts.

Item:  Democrats on the far Left are calling for the impeachment of the President.

Buckle up, sports fans. With Obama’s Deep State filled with far worse than hungry alligators, every step this President takes from here on out will prove their case that a successful New York businessman who speaks his mind rather than the usual political lies and platitudes is not fit to continue as our President.

For some reason, they feel a President Pence will be more malleable to their views and more controllable until such time as they might bring their own man (or woman) back to the top seat.

In America today, we are witnessing no less than a coup d’etat. Think Bolshevik revolution.  Think 60s street violence of the Vietnam era. Think Richard Milhaus Nixon. Think political comedy where every joke is a dig at the uncouth man still sitting in the Oval Office.

The writer has now passed ‘disgusted’ at the current political climate. The outcome seems inevitable. This President is an “impediment” to the Republican agenda. The turmoil in Washington, “caused by Mr. Trump,” is driving the financial markets down.

The fact that nothing of an irregular nature has yet occurred, save blunt talk and a calling out of the entrenched, fat establishment, is being well buried by the Deep State and its acolytes.

President Trump has moved at breakneck speed to enact a series of positive measures.

He is taking America, its safety and prosperity, seriously, something “Let me get past the election and then I will be able to do more” Obama, never did.

Trump’s goal is not to line his pockets. Not to burnish his legacy. Not to be adored by a throng of true believers. He’s unwilling to rearrange the deck chairs on the Titanic. He prefers to redesign the whole shebang so that the ship of state remains secure in its heritage of freedom.

The Constitution and the republic have never been safer than it is under President Trump. But thanks to President Obama, former Secretary of State Hillary Clinton, and their crew, we are now and for the foreseeable future atilt and taking on water with wave after wave of Deep State lies and innuendos.

May God bless my country. May God bless President Trump. And may God damn these revolutionary criminals who are intent on tearing this country apart at the seams.

History is in the making. And it’s not pretty.

Karen Cacy, of Colorado Springs, is a former Washington speechwriter. Her novels, “Death by President,” “Return to Ismailia,” “Dinner at Mr. B’s,” and “Summer at Pebble Beach,” are available on Amazon.com.