‘Grain of sand on a beach’: Federal bureaucrat labors in isolation, writing memos to nowhere

A member of a federal body which determines whether civil servants have been mistreated by their employers says he has worked solo on more than 1,500 cases pending and can’t do anything about it until he gets the required help to make his department functional.

Mark Robbins is a member of the Merit Systems Protection Board, which has three members who are presidentially appointed and Senate-confirmed for staggered seven-year terms. 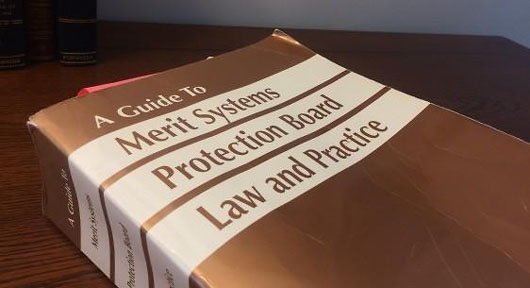 After one member termed out in 2015 and a second did so in January 2017, both without replacements lined up, Robbins became the sole member and acting chairman, The Associated Press noted in a Nov. 24 report. The board needs at least two members to decide cases.

Sen. James Lankford, Oklahoma Republican and chairman of the Senate Home Security and Government Affairs Subcommittee on Regulatory Affairs and Federal Management, said in a statement he understands the urgency in filling the positions.

“There are over 1,500 individuals waiting for their cases to be heard, but there are not board members in place which means the backlog cannot be addressed,” said Lankford.

Robbins reads through federal workplace disputes, analyzes the cases, marks them with notes and logs his legal opinions. “When he’s finished, he slips the files into a cardboard box and carries them into an empty room where they will sit and wait. For nobody – he’s at 1,520 files and counting,” the AP report said.

Robbins “has waited to be sent some colleagues to read his work and rule on the cases. No one has arrived. So he toils in vain, writing memos into the void,” the report said.

The board, established in 1978, is responsible for protecting 2.1 million federal employees from bias and unfair treatment in the workplace. The board handles appeals from whistleblowers and other civil servants who say they were mistreated or wrongly fired, and want to challenge an initial ruling by an administrative judge. The board also conducts independent research and writes policy papers destined for the president’s desk.

Two Republicans, including Robbins’ replacement, and one Democrat have been nominated to the board, but Senate Democrats were refusing to confirm the two Republicans by unanimous consent, insisting instead on a full debate for each, the report said.

A new board, whenever it does get Senate approval, will start from scratch. While new members will be able read Robbins’ notes, his thousand-plus decisions will vanish, the report said.

“There is zero chance, zero chance my votes will count,” Robbins told the AP. “Imagine having the last year and half of your work just … disappear. “Any additional cases I work from now on are just, grains of sand on a beach.”