Teachers in North Carolina could get a 5 percent salary increase if they complete a training program to become school resource officers under the proposed “School Security Act of 2018”. 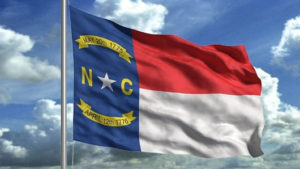 Republican legislators have introduced legislation that would set aside millions of dollars for up to 3,000 teachers to complete the police training, according to a May 24 report by the Raleigh News & Observer.

The bill calls for teachers to undergo the same training that school resource officers complete, and, at least once every five years, complete training “to respond to an active shooter situation.”

“This is such a bad idea,” said Mark Jewell, president of the North Carolina Association of Educators. “NCAE opposes arming our teachers. We should be armed with resources to help our students be successful.”

The state’s schools “could determine whether their teacher-resource officers would carry firearms,” the report said. “And a teacher’s identity as a school resource officer would be confidential under state law, meaning the public wouldn’t know which teachers doubled as officers.”

The legislation calls for a $9 million fund with about $4.7 million going to the N.C. Department of Public Instruction to establish the “Teacher Resource Officer Grant Program,” and the rest going toward salary supplements, the report said.

The bill stipulates that teachers who successfully complete training “shall have the same powers as municipal and county police officers to make arrests for both felonies and misdemeanors and to charge for infractions.”

The legislation “addresses law enforcement’s concerns about having armed teachers who are not adequately trained to handle firearms and deal with emergency situations,” Daniel said. “The Sheriff’s Association was consulted in the drafting of the bill and they made a number of helpful suggestions.”