Google issues 2nd warning to WorldTribune over article about ‘whistleblower’

Google has issued a second warning to WorldTribune.com over a Nov. 3, 2019 article which reported on the background of the man identified by RealClearInvestigations as the Trump-Ukraine “whistleblower.” 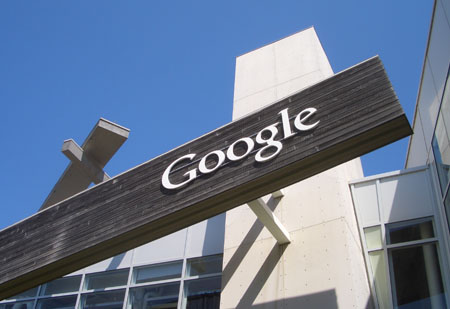 Google said it disabled advertising on the page due to “Dangerous or Derogatory content”. The warning stipulated that the issue was one that “must be fixed” and that failure to do so could result in the company acting to “block all advertising” to WorldTribune.com

The Nov. 3 report cited American Spectator columnist Dan Flynn’s take on how the so-called “whistleblower” is a leftist ruling-class prodigy who made his mark by spying on Americans for the CIA and Rep. Adam Schiff.

The week prior to the report, Paul Sperry of RealClearInvestigations had identified a 33-year-old CIA employee as the “whistleblower.”

According to Sperry’s report, the “whistleblower,” or “pajama boy” as Rush Limbaugh had dubbed him, worked with a Democratic National Committee operative who dug up dirt on the Trump campaign during the 2016 election.

Editor Robert Morton said WorldTribune.com stands by its decision to publish the article as need-to-know news for leadership-minded readers.

“This article is consistent with the Freedom of the American Press which is enshrined in the First Amendment of the U.S. Constitution,” he said. “We disagree with the assessment by Google or its algorithm that the information published is ‘Dangerous or Derogatory’ “.

The article in question has been revised to remove identifying information about the individual Google seeks to protect.

Fox News’s Brit Hume has said that the media is under no requirement to withhold the whistleblower’s name.

The whistleblower system is a governmental device that protects against internal retaliation, Hume said.

As Flynn noted in the Nov. 3, 2019 report: “The whistleblower’s identity matters precisely because his past partisan behavior, unbecoming of a civil servant, grabbed the attention of journalists and coaxed the White House to force him out — all several years before Paul Sperry identified him as the ‘whistleblower.’ ”

“The irony of this censorship debacle is that protecting so-called whistleblowers only seems to apply to those who help the mainstream media and Democratic agenda,” Chrissy Clark wrote in a Nov. 10, 2019 op-ed for The Federalist. “This week, when ABC News was dealing with a whistleblower, her name was not forbidden on mainstream platforms like YouTube or Facebook. In fact, her name was released on YouTube, despite her claims that she is not the whistleblower who released audio showing how ABC suppressed reporting into alleged child rapist Jeffrey Epstein.”

Clark continued: “Not only are Facebook and YouTube’s standards a form of censorship, they are an example of partisanship on the largest social media platforms in the world.”