The corporate media’s coordinated reporting claims that allegations of massive election fraud have been debunked. 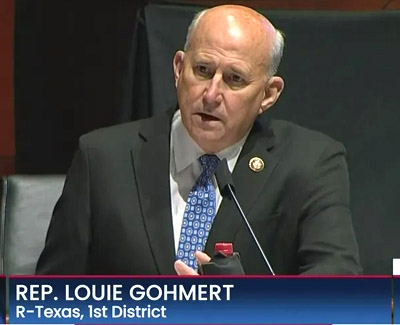 “The fraud allegations are not allegations. They haven’t been debunked,” Gohmert said in an interview Tuesday with “Steve Bannon’s War Room.”

Gohmert, one of at least 140 Congress members who will join at least 13 senators in objecting to slates of electors in battleground states on Jan. 6, said: “There was real, genuine fraud,. And there is real genuine evidence of all kinds of fraud.”

Bannon, President Donald Trump’s former chief strategist, asked Gohmert if he has “the receipts to break the back of the Democrats” and “all the spin.”

“I can’t speak for everybody, but I can speak for numerous people with whom I’ve worked getting ready for tomorrow,” he replied. “And that group is prepared. Absolutely.”

The president’s supporters argue Vice President Mike Pence has “plenary power,” according to precedent (Thomas Jefferson and Richard Nixon asserted that power as vice presidents), to rule any objection as out of order, accepted, denied or entitled to more debate.

Gohmert compared that power to the advice-and-consent authority of the Senate regarding the president’s nominees.

Senators don’t just rubber stamp the president’s choices, they have the power not to consent, he noted. And the “plain meaning” of the Constitution, he insisted, is that the vice president has that power concerning Electoral College votes.

“You don’t just open the votes,” Gohmert said. “If that’s all we needed, we could get some clerk to do that.”

2020 election, fraud, Gohmert: We have ‘fraud allegations that are not allegations’, WorldTribune.com