Schools which celebrate transgender ideology and the “transgender gurus” who inhabit social media are responsible for the rise in the number of teenage girls claiming they are transgender, a researcher said. 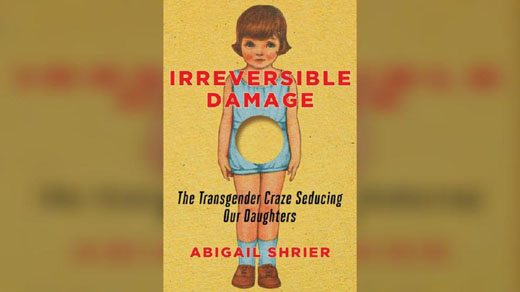 Researcher and author Abigail Shrier, in a June 27 op-ed for the New York Post, cited the “peer contagion” that has gripped teen girls throughout the West.

“I have interviewed over four dozen families whose teen daughters became caught in this current. Their stories follow a pattern: A girl never expresses any discomfort with her biological sex until puberty, when anxiety and depression descend. The girl struggles to make friends. She immerses in social media and discovers transgender gurus. Or her school holds an assembly celebrating gender journeys, or hosts a Gay-Straight Alliance club pushing gender ideology. At first, she tries out a new name and pronouns. Her school encourages her, keeping all this a secret from her parents. Then, she wants more.”

Shrier, the author of “Irreversible Damage: The Transgender Craze Seducing Our Daughters”, said the transgender “craze” has “greased the skids toward social and medical transition for confused teens in genuine pain.”

Shrier wrote: “Public schools peddle gender ideology with a fervor that would make a preacher blush. Transgender social-media gurus tout the euphoria testosterone produces, and Planned Parenthood is one of the largest suppliers of testosterone — and they do apprise of the risks, but on an ‘informed consent’ basis. (Meaning, no therapist note is required and you leave the clinic with a very serious drug based essentially on the patient’s self-diagnosis.) Hundreds of plastic surgeons are happy to offer medically unnecessary double-mastectomies to girls as young as 16 without so much as a therapist’s note.”

In an op-ed for The Federalist, attorney and researcher Jane Robbins said of transgender activists’ focus on young people: “The industry emotionally blackmails [parents] by warning that if denied access to experimental interventions, their children will kill themselves.”

Robbins added: “The threat is so frequent, it has become a macabre cliché among trans-industry practitioners: ‘Would you rather have a live son or a dead daughter?’ Faced with this bleak choice, even sensible parents can be bullied into submission. But is that really the choice? Does evidence show that trans-identifying kids are uniquely at risk for suicide? Thankfully, no.”

Suicide among young people claiming to be trans has been found to be rare, but, more importantly, as Robbins wrote, “There is no long-term evidence that puberty blockers, cross-sex hormones, or ‘transition’ surgeries prevent suicide. On the contrary, the best long-term research shows that people who go through medical transition kill themselves at a rate many times greater than the general population.”