Fox News drops to third behind MSNBC and CNN

“How are the mighty fallen.”

After its disgraceful coverage on Election Night, cable news behemoth Fox News saw its ratings begin to slide. In the run-up to and aftermath of the Jan. 6 events at the U.S. Capitol, Fox has plummeted to third place in the ratings behind MSNBC and CNN. 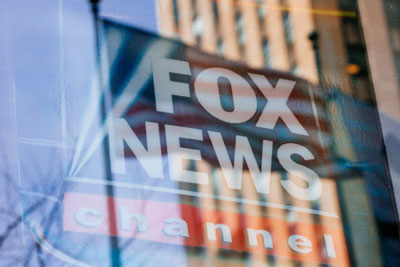 In ratings data reported by Nielsen on Tuesday, Fox News garnered 1.7 million daily viewers for the period between Jan. 4 and Jan. 10.

President Donald Trump has slammed recent coverage from Fox News and called on his supporters to seek out alternative news sources.

One of those alternatives, Newsmax TV, notched its first ratings win over Fox News last month.

The win happened on Dec. 7. In the key 25- to 54-year-old demographic prized by advertisers, “Greg Kelly Reports” on Newsmax out-rated “The Story with Martha MacCallum” on Fox. Kelly averaged 229,000 viewers in the demo and MacCallum averaged 203,000.

On Dec. 16, before Twitter banned him, Trump tweeted: “Can’t believe how badly @FoxNews is doing in the ratings. They played right into the hands of the Radical Left Democrats, & now are floating in limboland. Hiring fired @donnabraziIe, and far worse, allowing endless negative and unedited commercials. @FoxNews is dead. Really Sad!”