‘Following the science’ one year later: Covid predictions were off, way off

One year ago, the so-called “experts” warned that U.S. hospitals were going to be overwhelmed with coronavirus patients.

America’s medical system would collapse under the pressure of so many infected and the number of deaths would significantly increase, they insisted. 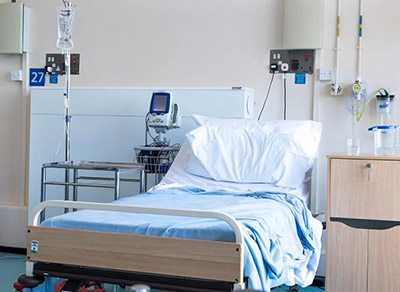 The “experts” got it wrong. We are not speaking of just one or two individuals or one or two instances. And those responsible are not responding to requests for comment?

Does anyone in 2021 America think these people will be held to account for inciting a global panic attack that destroyed lives and livelihoods in numbers not being recorded or reported?

Hospitalizations in the U.S. peaked in early January at around 125,000, according to the Centers for Disease Control (CDC). The number never came close to approaching what the “experts” were forecasting.

But the occupants of many governors’ and mayors’ mansions, accurately called tyrants by their detractors, used the warnings as the basis to impose oppressive lockdowns.

What “following the science” did was bring much of the nation “to a standstill, creating historically high levels of unemployment, closing schools in some cases for a full year, and confining tens of millions of people to their homes lest close proximity to friends and neighbors help spread the coronavirus,” Daniel Payne noted in a March 13 analysis for Just the News.

In New York, Democrat Gov. Andrew Cuomo estimated in mid-March 2020 that, based on the epidemiological curve at the time, “in 45 days [the state] could have up to an input of people who need 110,000 beds that compares to our current capacity of 53,000 beds, 37,000 ICU units, ventilators, which compares to a capacity currently of 3,000 ventilators.”

According to state data, covid hospitalizations in New York peaked in April 2020 at just under 19,000. That is just 17 percent of Cuomo’s estimate. Total ICU coronavirus patients peaked shortly thereafter at 5,225, or at just 13 percent of the governor’s forecast.

In California, Democrat Gov. Gavin Newsom estimated that, on top of its existing 75,000 hospital beds, the state would require “an additional 50,000 beds in our system.”

According to state data, California’s peak in hospitalized patients came in early January 2021 and totaled just under 23,000, or less than one third of the state’s normal capacity.

The Institute for Health Metrics and Evaluation at the University of Washington predicted on March 31 of last year that Michigan would see peak covid hospital usage on April 10, 2020, topping out at about 14,000 COVID patients in beds.

Data from the COVID Tracking Project shows that, on April 10, 2020, hospitalized patients in the state totaled just over 3,800. That number plummeted in the weeks that followed, and though it rose again during the fall/winter spike, its peak on Dec. 2 was still just 4,300, significantly less than IHME’s springtime projection.

In New Jersey, an analysis by Rutgers University in mid-March 2020 — which was widely cited by the corporate media — determined that, with about 23,000 hospital beds, the state might face a peak shortfall of over 300,000 beds in a worst-case model positing minimal action to curb the spread.

Hospital usage in New Jersey peaked on April 16, 2020 at 8,224 before falling sharply. During the fall spike, the covid hospital census there plateaued around 3,600.

“The governor’s offices of those four states did not responded to queries regarding the projections and to what extent they informed policies on shutdowns, stay-at-home orders and other mitigation measures,” Payne noted. “Scientists at Rutgers and the IHME also failed to respond to queries.”