A floating abortion clinic in the Gulf of Mexico would provide access to abortion in southern states where bans have been enacted, a California doctor said in proposing the idea. 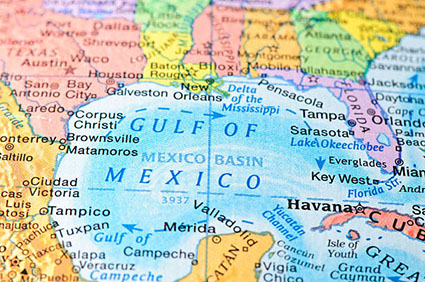 The floating clinic would be stationed in federal waters, said Dr. Meg Autry, an obstetrician and gynecologist and a professor at the University of California San Francisco, adding the facility would offer first trimester surgical abortions.

“There’s been an assault on reproductive rights in our country and I’m a lifelong advocate for reproductive health and choice. We have to create options and be thoughtful and creative to help people in restrictive states get the health care they deserve,” Autry told The Associated Press.

Alabama, Mississippi, Louisiana and Texas have had abortion bans take effect. Florida prohibits abortions after 15 weeks, with exceptions if the procedure is necessary to save a life, prevent serious injury or if the fetus has a fatal abnormality.

Autry said lawyers have advised her that there is a swath of federal water in the Gulf of Mexico where licensed providers could safely and legally provide abortions out of reach of state laws. For women in southern states with abortion bans, going to the coast and boarding a boat may be closer and easier than trying to travel to a state where abortion remains legal, she said.

“This is closer and faster access for some people, particularly for working people that live in the southernmost part of these states,” Autry said.