Corporate media hacks who anointed themselves the decision-makers of the 2020 election are now essentially calling for a “final solution” for 75 million Trump voters. 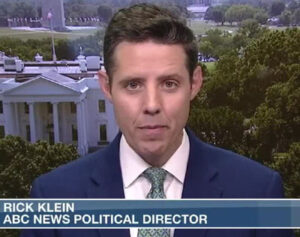 Klein declared in a Thursday tweet: “Even aside from impeachment and 25th Amendment talk, Trump will be an ex-president in 13 days. The fact is that getting rid of Trump is the easy part. Cleansing the movement he commands, or getting rid of what he represents to so many Americans, is going to be something else.”

“Cleansing.” Sounds like something out of 1933 Germany, but, yes, an ABC News higher-up said it.

In response to Klein, one Twitter user wrote: “Please clarify ‘cleansing’ because I’m not getting in the boxcar willingly.”

Got your brown shirt back from the cleaners I see.