After years of denying that it had any information on the case, the FBI has recently released thousands of pages of documents it has on murdered Democratic National Committee (DNC) staffer Seth Rich.

Documents posted this week on the FBI Vault include two emails which discuss a “hit man” targeting Rich. Another email says that it is “conceivable” that an “individual or group” would pay for the DNC staffer’s death.

“For four years the FBI lied and said they had nothing on Seth Rich, but then in December 2020 the deep state FBI admitted they have 20,000 pages and a laptop all related to Seth Rich. The Deep State FBI liars finally brought the Seth Rich case out of the closet,” Gateway Pundit’s Jim Hoft noted in a July 8 report.

Washington Metro police detectives had claimed Rich was a robbery victim, but some who have researched the case have noted that “after being shot twice in the back, he was still wearing a $2,000 gold necklace and watch. He still had his wallet, key and phone.” 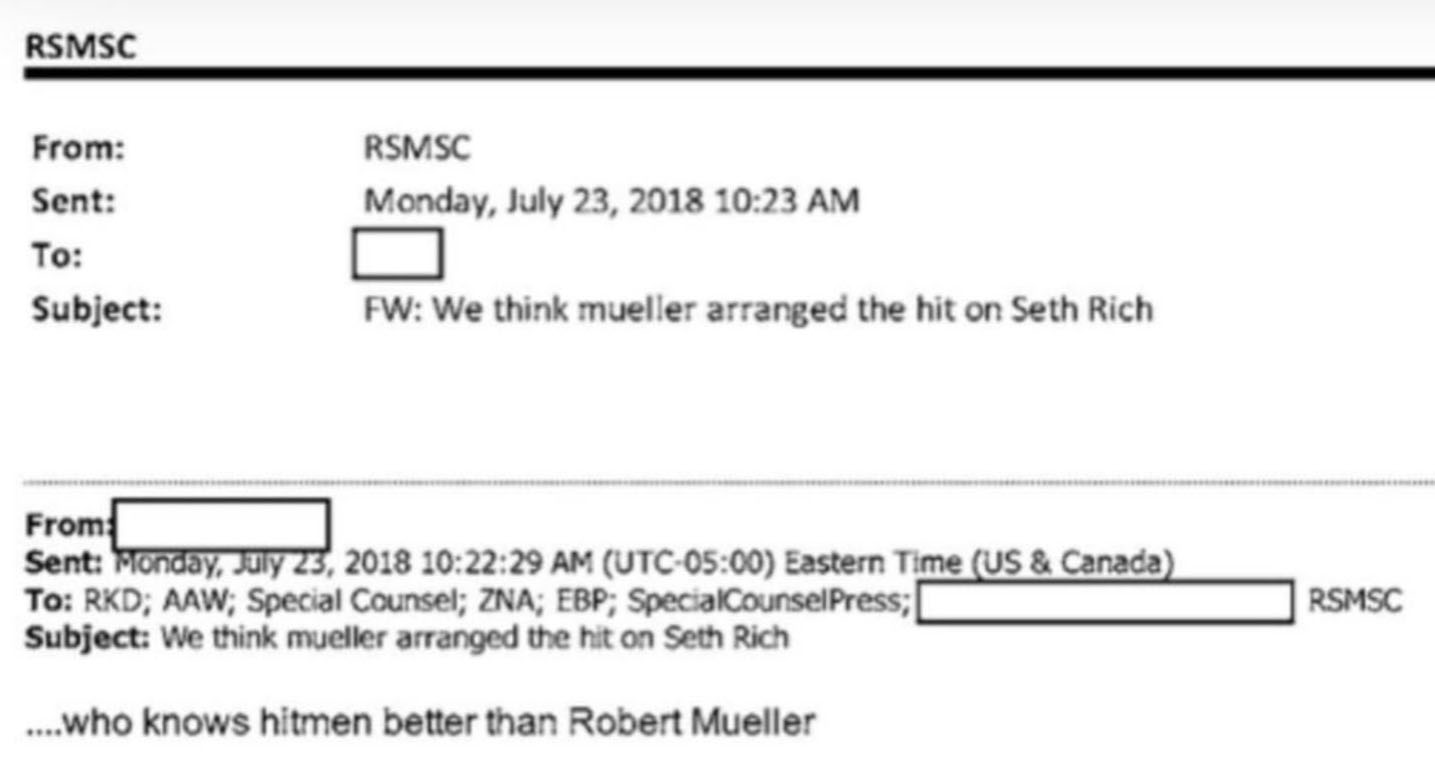 One email, on page 59 of the FBI’s Vault post, is entirely redacted with the exception of a final sentence which reads: “it is conceivable that an individual or group would want to pay for his death.” 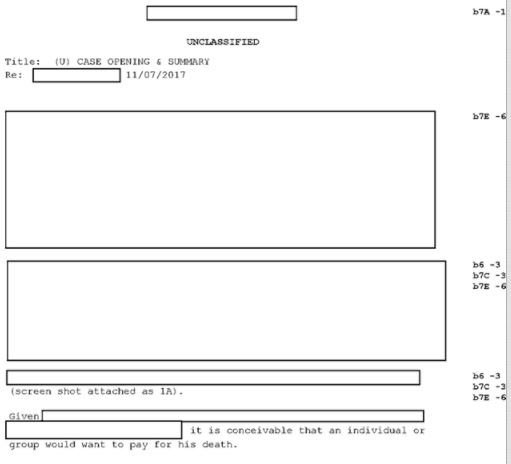 In a 2020 production of Peter Strzok-Lisa Page emails obtained by Judicial Watch, the Seth Rich controversy was the subject of one FBI email exchange. In a heavily redacted August 10, 2016, email exchange Strzok sends Page a forwarded message from unidentified agents from the FBI’s Washington Field Office (WFO) discussing Rich.

“Various news outlets are reporting today that Julian Assange suggested during a recent overseas interview that DNC Staffer, Seth Rich was a Wikileaks source, and may have been killed because he leaked the DNC e-mails to his organization, and that Wikileak’s was offering $20,000 for information regarding Rich’s death last month. Based on this news, we anticipate additional press coverage on this matter. I hear that you are in class today; however, when you have a moment, can you please give me a call to discuss what involvement the Bureau has in the investigation.”

An unidentified WFO agent responds: “I’m aware of this reporting from earlier this week but not any specific involvement in any related case.”

Strzok then forwards the email chain to Page.

Repercussions of Pfizer vaccine debated in Israel, out of the public eye
Read more