Facebook’s advertising revenues increased by 49 percent in 2017 even though the number of users and the time spent by users on the site decreased. 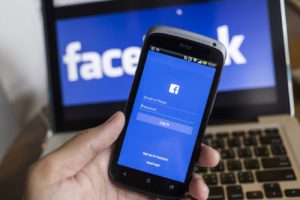 Meanwhile the social media giant is coming down solidly in favor of the “mainstream media” as opposed to smaller, independent and more conservative news platforms.

Facebook CEO Mark Zuckerberg said recently that one of the updates to the site is about “making sure the information you see on Facebook comes from broadly trusted and high-quality sources, in order to counter misinformation and polarization.”

“For example, take the Wall Street Journal or The New York Times,” Zuckerberg continued. “Even if you don’t read them or don’t agree with everything they write, most people have confidence that they’re high quality journalism. On the flip side, there are blogs that have intense followings but are not widely trusted beyond their core audience. We will show those publications somewhat less.”

Facebook, which gets 98 percent of its income from advertising, took in $39.9 billion in ad revenue in 2017.

The social media giant claimed 184 million daily average users in the U.S. and Canada in the fourth quarter of 2017, down from 185 million in the third quarter, CNBC reported on Jan. 31. It was the first drop in daily users since Facebook began keeping track of the statistic.

Time spent by users on the platform dropped by 50 million hours per day in 2017, or 5 percent of total time spent.

Meanwhile, some independent publishers that did not pay to “boost” their content on Facebook reported they have seen a decline in “traffic” to their sites.

The drop in the number of users “suggests that Facebook usage has reached a saturation point in its first and most lucrative market, and could foretell similar usage drops around the world,” CNBC’s Matt Rosoff wrote.

Rosoff wrote that “The drop could also be a result of a steady drumbeat of negative press about Facebook, including concern over foreign governments using Facebook posts to divide the U.S. electorate during the 2016 election season, and growing concern over violent and other inappropriate content on the site.”