Facebook ads reveal Russia did not favor either candidate in 2016 U.S. presidential election

Contrary to previous U.S. intelligence agencies’ assessments, the Facebook ads placed by a collective of Russian Internet trolls during and after the 2016 presidential election did not favor Donald Trump or Hillary Clinton. 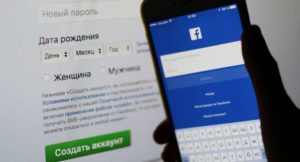 Instead of favoring a candidate the ads “mocked and goaded America, holding up a distorted but, in the final analysis, remarkably accurate mirror,” Leonid Bershidsky wrote in a Nov. 2 op-ed for Bloomberg.

A statement released by the U.S. intel community in January stated: “Russia’s goals were to undermine public faith in the U.S. democratic process, denigrate Secretary Clinton, and harm her electability and potential presidency. We further assess Putin and the Russian Government developed a clear preference for President-elect Trump.”

“A conceivable defense of the intelligence conclusion is that you can’t interfere in the election after the voters have chosen, so only the anti-Clinton bias of the Russian campaign really made a difference,” Bershidsky wrote. “That argument is lame, however. Neither the trolls with their tiny budgets … nor Russian state media with their laughable reach compared with U.S. cable TV could have hoped to shape the election outcome. That would assume they knew more about U.S.-based influence tools than the entire U.S. political industry, which had been using these tools from the moment they were created, with their creators’ full cooperation.”

The St. Petersburg trolls were working on entry-level salaries of about $1,000 a month, Bershidsky noted, and a total of about $100,000 was spent on the Facebook ads.

The trolls’ “silly mistakes made in their English – the misuse of modal verbs, the missing articles, the clumsy turns of phrase – are evidence that they were the lowest of infowar foot soldiers. They weren’t playing to win the U.S. election – just to stir things up as much as they could. They weren’t Republicans or Democrats: These parties don’t operate in St. Petersburg. They were trolls, happy to make a dent here, create a disturbance there, amplify an echo somewhere else.”

The Kremlin’s goal in the 2016 U.S. election “was not to promote either of the candidates,” Bershidsky wrote. “Though Russian President Vladimir Putin made no secret of his special dislike for Clinton, he was never short-sighted enough to trust Trump – and no one in a position of power in Russia ever indicated that he did. The influence campaign’s real goal was to amplify America’s organic discord and undermine trust in institutions.”

Congressional hearings about the Facebook, Twitter and YouTube ads, “with angry senators and squirming corporate lawyers hoping to avoid heavy-handed, misguided regulation, serve this purpose even better than the original ads did,” Bershidsky wrote. “U.S. legislators look powerless; the Americans who were supposedly taken in by the cheap, badly made ads look ignorant. U.S. intelligence agencies look politicized and incapable of serious analysis, let alone effective resistance, when it comes to Russian ‘active measures.’ ”