Special counsel John Durham was not expected to get a guilty verdict in the trial of Trump-Russia dossier main source Igor Danchenko.

A jury in the heavily-Democrat D.C. suburb of Alexandria, Virginia on Tuesday acquitted Danchekno on all counts of lying to the FBI about where he obtained the bogus information that he secretly fed to ex-British spy Christopher Steele for the work-of-fiction dossier that charged Donald Trump was a Russian asset. 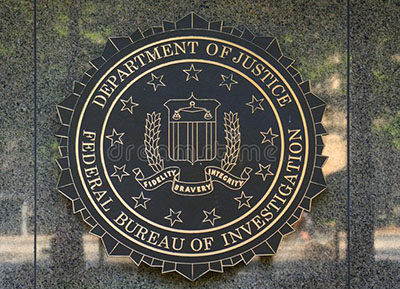 In Alexandria, 80% of residents voted Democrat in the last presidential election.

The verdict comes as no surprise, but what Durham’s investigation did result in was “a damning indictment of the FBI’s gross misconduct,” Fox News analyst Gregg Jarrett noted.

“In a politically charged case involving names like Trump and Clinton, it was always an uphill battle for Durham, just as it was in the earlier trial of Clinton campaign lawyer Michael Sussmann who was acquitted by a Washington, D.C. jury in a district where 92% of voters cast ballots for Biden in the last election and a scant 5% for Trump,” Jarrett wrote. “But the not guilty verdicts are a minor footnote in the sordid story of the greatest mass delusion in American political history.”

The FBI, Jarrett added, “was in the dock throughout the weeklong trial, exposed for its years of shameful lies, shocking corruption, and devious cover-ups. It was former Director James Comey and his sleazy confederates who colluded with the Hillary Clinton campaign to falsely accuse Trump of colluding with Russia. They framed him for alleged crimes he never committed.”

Trump posted on Truth Social: “A very sad result for our Justice System, but so much has been exposed — far more than anyone thought possible.”

Jack Posobiec of Human Events noted in a Telegram post: “Danchenko walks and Bannon to be sentenced in the same week in DC. The justice system is the Just Us System.”

During Danchenko’s trial, FBI agent Kevin Helson acknowledged that a female member of the bureau’s Human Intelligence Validation Unit, with two decades of intelligence experience, had raised concerns that Danchenko may be a member of the Russian military intelligence service known as the GRU.

Helson said he dismissed the concern.

“This is a real problem,” Durham declared, as he and Helson argued over whether the FBI should have relied on Danchenko as a confidential human source.

Helson dismissed the intelligence analyst’s complaint, insisting Danchenko had provided significant help to the FBI in Russian counterintelligence analysis between 2017 and 2020, so much so that the agent had recommended the bureau compensate the Russian analyst with as much as $500,000 in payments.

Danchenko was never charged as a Russian spy. He was charged only with lying to the FBI.

“Helson’s performance at the trial — at times he was treated by Durham as a hostile witness — is a reminder that there is a growing body of evidence that the FBI received numerous warnings the evidence it relied upon to pursue Donald Trump for what turned out to be nonexistent Russian collusion very likely could have been tainted by a Russian disinformation campaign by Vladimir Putin’s intelligence services,” John Solomon wrote for Just the News.

Solomon continued: “And that evidence was often kept from the FISA court that allowed the FBI to spy on the Trump campaign and former adviser Carter Page for a full year.

“In addition to the revelation of validation team warning, Helson was also forced to admit he never alerted the FISA judges that the FBI had a prior investigation into Danchenko as a possible spy for Russia back in 2008-10. Instead, the FBI falsely told the court it had no derogatory information on Danchenko.

“In truth, the FBI had allegations that Danchenko tried to offer money to Americans he expected to go into the Obama administration if they would provide him classified information, Durham said. The prosecutor said that probe was improperly shut down when the FBI incorrectly concluded Danchenko had left the United States. In fact, he had not.”

Kevin Brock, a retired FBI intelligence chief who wrote the bureau’s confidential human source rules that are still in existence today, said that while it was good to see the FBI had created validation teams to assess informants, Durham’s examination of Helson unmasked troubling behavior.

“I think the startling thing is that you have an agent/analyst in that validation unit pressing one of the case agents on Crossfire Hurricane on this issue of validating the information, the rumors that were present in the Steele dossier documents, and insisting that more work needed to be done,” Brock said. “And she kind of got the Heisman, kind of got the stiff arm by the agent. And they really didn’t do the due diligence that was necessary for such a high-profile, important case like this.”

In an analysis published on his website on Oct. 17, Jarrett said that the Danchenko trial had “solidified proof that the FBI is the personification of corruption in government.”

“The FBI was so desperate to topple Donald Trump that it secretly dangled an exorbitant reward of $1 million to disgraced ex-British spy Christopher Steele if he would corroborate his dossier that the bureau already knew was phony. It was the equivalent of a bounty on the head of Trump —an outrageous financial incentive to a notorious fabulist to spin even more lies,” Jarrett wrote.

“Steele, who was already on the FBI payroll to target Trump, was double-dipping. He was also being paid by the Hillary Clinton Campaign to create the dossier, which was nothing more than a collection of rumors, innuendo, multiple hearsay, and outright lies. The FBI knew this. By early October of 2016 it had largely debunked the specious document. But then-FBI Director James Comey and his cronies were frantic to falsely incriminate Trump as a supposed Russian asset or, at the very least, convict him in the court of public opinion. They exploited the fictive dossier in an attempt to frame the Republican candidate and eventual president for unidentified crimes he did not commit.”

Steele never could corroborate the dossier and, thus, did not grab the cool million from the bureau, but “that did not stop the FBI from using the dossier as the basis for an intrusive and lawless warrant to spy on Trump campaign associate, Carter Page,” Jarrett wrote. “In his supporting affidavit to the FISA court, Comey vowed under oath that the contents of the dossier were ‘credible’ and that Steele was ‘reliable,’ omitting the crucial (and inconvenient) fact that the former spook had been fired by the FBI for lying. Indeed, Steele was not reliable at all, nor was his work remotely credible. Compounding the government’s duplicity, an FBI lawyer doctored evidence submitted to the court. In a total of four successive warrants, the FISA judges were deceived and defrauded by both the FBI and the Department of Justice, which also had ample reason to suspect the dossier was demonstrably false.”

Meanwhile, current FBI Director Christopher Wray “is preoccupied with covering up misconduct and has done nothing to clean up his cesspool of an agency,” Jarrett added. “It needs to be torn apart — deconstructed from top to bottom — and reconstituted into a new agency that adheres to its original principles of a neutral and apolitical law enforcement agency dedicated to upholding the law.”

Nobody is more invested in the John Durham investigation than Devin Nunes. This was Devin as the trial was going on: “Still no one has paid a price for it. This is really outrageous. Hopefully, Durham can get a prosecution here. I’d hate to see these FBI guys skate free.” pic.twitter.com/sqybl58l4b