Cyprus has reached an agreement to supply Egypt with natural gas via an undersea pipeline.

Cypriot Energy Minister Yiorgos Lakkotrypis said on Aug. 31 that the first gas through the planned pipeline should reach Egypt between 2020 and 2022, but officials said they would try to speed up the timetable. 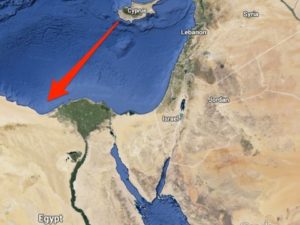 Egyptian Petroleum Minister Tarek el-Molla said the deal “is part of the development of the east Mediterranean gas as a whole and I think our strategy optimally is to position ourselves as an energy hub in the region.”

Egypt has not yet determined whether the gas will be used to meet its domestic needs or be liquefied at its processing plants for export to other markets.

Turkish Cypriots have objected to the deal, insisting that “unilateral” actions by Cyprus’ internationally-recognized government ignore their rights to the ethnically-divided island’s potential mineral wealth.

A field off Cyprus’ southern coast is estimated to contain over four trillion cubic feet of gas. Companies including Texas-based Noble Energy, Eni, France’s Total and South Korea’s Kogas are licensed to drill in Cypriot waters.

Last month, ExxonMobil, Qatar Petroleum and Capricorn Oil were among eight companies that applied for a license to conduct more exploratory drilling off Cyprus.

Cyprus was split into a Greek speaking south and a Turkish speaking north in 1974 following a Turkish invasion triggered by a coup aiming at union with Greece. Turkey doesn’t recognize Cyprus as a state and is the only country to recognize a 1983 Turkish Cypriot declaration of independence.

The Cypriot government has said it is within its sovereign rights to drill and that any oil and gas-generated revenues will be shared with Turkish Cypriots after a reunification accord is sealed.