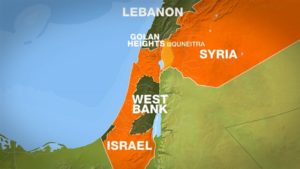 Israel did not comment on the report, which came days after Syrian surface-to-air missiles downed an Israeli F-16. On the same day, Israel had shot down an Iranian drone which had entered Israeli airspace from Syria.

The Bashar Assad government in Syria had warned Israel on Feb. 13 that it faced “more surprises” if Israel were to launch future attacks on Syrian territory.

“Have full confidence the aggressor will be greatly surprised because it thought this war – this war of attrition Syria has been exposed to for years – had made it incapable of confronting attacks,” Syria’s assistant foreign minister Ayman Sussan said during a Damascus news conference.

“God willing they will see more surprises whenever they try to attack Syria,” Sussan said, according to Reuters.