Joe Biden’s team has reportedly issued new guidelines for Immigration and Customs Enforcement (ICE) in which illegal immigrants convicted of crimes such as DUI and simple assault will not be deported.

ICE agents are being given orders to empty their detention centers and to halt all deportations, reports are saying. 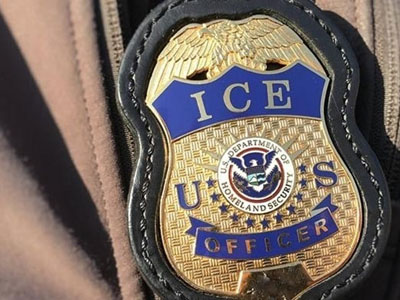 An internal ICE memo dated Jan. 21 noted: “As of midnight tonight, stop all removals. This includes Mexican bus runs, charter flights and commercial removals (until further notice) … all cases are to be considered [no significant likelihood of removal in foreseeable future].”

“Release them all, immediately. No sponsor available is not acceptable any longer,” the memo said.

According to Fox News, who first broke the story, the official sending the memo by email commented that the new directives were coming from higher up, and that he was “just the messenger.”

At a Monday press briefing, White House spokeswoman Jen Psaki was asked: “On immigration, there’s new reporting that ICE is gonna get some new guidance to no longer focus on deporting illegal immigrants who have been convicted of DUIs, simple assaults, solicitation, drug-based crimes, among other things. And, I’m curious how that is in the interest of public safety?”

Psaki responded: “Well, uh, first, it’s guidelines that would be put out by the Department of Homeland Security, and I’ve certainly sent you them, they have a confirmed secretary now. But, uh, the priority for the enforcement of immigration laws will be on those who are posing a national security threat, of course, a public safety threat, and on recent arrivals.”

Fox News reported on Tuesday that it had obtained a letter signed by 51 House Republicans warning Biden of a brewing “crisis” of illegal migration at the southern border amid indications of a surge in numbers.

“This is not a political game — we implore you not to let ideology blind your administration to the need to secure the border, to defend Americans, and to prevent another cartel-empowering humanitarian crisis,” the letter says.

The letter warns that sources on the ground have told the Republicans that Customs and Border Protection (CBP) agents have seen the average daily flow of migrants at the border surge to more than 3,500 a day from 2,000 last month. Meanwhile, the number of unaccompanied alien children is approaching 300 a day.

“CBP hasn’t seen numbers like this since the height of the immigration crisis in the summer of 2019,” the lawmakers said. “CBP has already encountered over 200,000 illegal migrants since October and numbers are rising. For context, in the first three months of fiscal year 2020, CBP encountered 128,347.”

The lawmakers request immediate briefings for House Republicans by new DHS Secretary Alejandro Mayorkas, who was confirmed last week by the Senate.