When Democrats assume control of the House in January, 10 members aged 70 or older will likely head up committees.

The committee chairs are preparing to pump millions of taxpayers’ dollars into a myriad of investigations aimed at President Donald Trump and his administration, reports say. 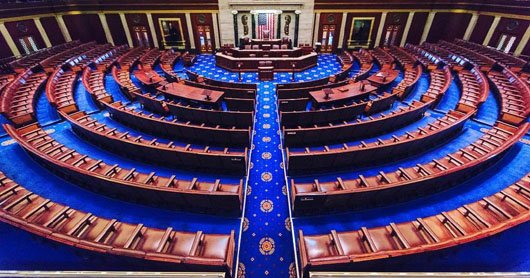 One senior Democratic source told the news site Axios, which revealed 85 potential Trump-related targets, that Democrats are preparing a “subpoena cannon” for when the new Congress is seated.

Here’s a look at the likely committee chairs:

Appropriations Committee
Nita Lowey, 81, is set to oversee the committee that determines where the federal government spends its money. The New York Democrat said the committee will seek to increase funding for infrastructure and for programs such as Head Start and Pell grants. The committee can also conduct oversight of any Trump administration action that involves government funding, such as how much it is costing the Pentagon to send troops to the U.S.-Mexico border.

Financial Services Committee
Maxine Waters, 80, is expected to chair the committee with oversight of banks, insurers and investment firms. She has opposed Republican-led efforts to roll back the Dodd-Frank financial reform law. Waters has continually called for Trump’s impeachment, encouraged activists to confront Trump officials in public, and accuses Republicans of serving as Trump’s “accomplices.”

Agriculture Committee
Collin Peterson, 74, of Minnesota, has been a strong critic of Trump’s trade policies and said he would have the committee take a close look at the reorganization underway at the Agriculture Department.

Judiciary Committee
Jerrold Nadler, 71, is expected to focus heavily on the Mueller investigation which has yielded zero evidence of Trump-Russia collusion. Nadler said on ABC’s “This Week” that Matthew Whitaker, whom Trump named acting attorney general last week, “should recuse himself” from the Mueller probe because he “expressed total hostilities to the investigation” and “if necessary” the Judiciary Committee will “subpoena” him to appear before the committee. The Judiciary panel would also oversee impeachment proceedings, if Democrats decided to move in that direction.

Budget Committee
John Yarmuth, 71, of Kentucky, has said he will hold hearings on a single-payer health plan modeled on the Democratic push to create “Medicare-for-All.”

Foreign Affairs Committee
Eliot Engel, 71, of New York, has said the committee would investigate Democrats’ claim that Trump administration foreign-policy actions which are intertwined with the president’s business interests.

Education and the Workforce Committee
Bobby Scott, 71, said the committee will conduct rigorous oversight of the Trump administration’s “deregulatory agenda.” The Virginia Democrat also said the committee is likely to investigate the changes made by Secretary Betsy DeVos at the Education Department.

Transportation and Infrastructure
Peter DeFazio, 71, is likely to put an increase in gasoline and diesel taxes on the table. The Oregon Democrat said the committee is also likely to investigate the lease for the Trump Hotel in Washington and some Democrats’ claim that Trump is using the office of the presidency for private gain.

Homeland Security Committee
Bennie Thompson, 70, of Mississippi, said he will lead aggressive oversight of the Trump administration’s immigration policy, including so-called family separations. He said the committee will also examine the administration’s response to Hurricane Maria, which devastated Puerto Rico.

Natural Resources Committee
Raul Grijalva, 70, will likely lead a committee that has oversight over national parks and other public lands. The Arizona Democrat has heavily criticized the Trump administration’s efforts to expand mining and drilling on federal lands. The panel is also likely to investigate Trump’s approval of the Keystone XL pipeline and allegations that native American tribes were not properly consulted on the project’s impact on tribal lands.

Ways and Means Committee
Richard Neal, 69, has promised hearings on the Trump tax cuts. The Massachusetts Democrat said he expects the committee will seek Trump’s tax returns from the IRS, likely triggering a court fight.

Oversight and Government Reform Committee
Elijah Cummings, 67, will likely head the committee which has broad investigative powers. The Maryland Democrat will likely seek Trump’s business tax returns and other company-related financial records. Cummings said he would also like the committee to examine whether some states have engaged in voter suppression.

Energy and Commerce Committee
Frank Pallone, 67, of New Jersey, said he’ll likely revisit legislation he has sponsored that would restore marketing and outreach efforts to get more people enrolled in health insurance coverage and increase subsidies for poor and middle-income Americans.

Intelligence Committee
Adam Schiff, 58, represents parts of Los Angeles, including Hollywood and Burbank. Though no evidence has been produced of alleged “collusion” between the Trump campaign and Russia, Schiff has vowed to sink more time and money into the investigation. The anti-Trump Democrat has also said that he wants to look into whether Russians used laundered money for transactions with the Trump Organization.

Rules Committee
Jim McGovern, 58, of Massachusetts has been tasked by likely House Speaker Nancy Pelosi with coming up with a package of rules governing the chamber, which is expected to include a ban on House members sitting on corporate boards.

Veterans Affairs
Mark Takano, 57, of California, said the committee will work to expand vets’ access to private health care providers and that he would advocate for deported veterans to ensure they get their citizenship and can access their benefits.

Armed Services Committee
Adam Smith, 53, of Washington state, says his top national security priority is oversight of Trump’s alleged “politicization of the military” as well as the president’s “policies on Russia.”