North Korean negotiators did not show up for scheduled talks with the United States regarding the repatriation of the remains of U.S. soldiers killed in the Korean War.

The two sides were scheduled to meet in Panmunjom on July 12, but the North’s negotiators failed to show. 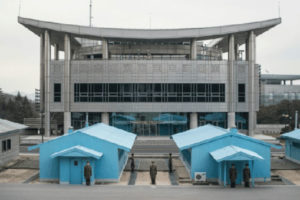 “North Korea not showing up could be an expression of dissatisfaction toward the U.S. for making excessive demands in the high-level talks last week,” Kyungnam University professor Kim Dong-Yub said.

Other analysts speculated that North Korea was not pleased with the way it was portrayed by the U.S. media, with some saying Pyongyang was attempting to make money from the repatriation of the war remains.

The North, instead, reportedly proposed holding general-level military talks with the United Nations Command (UNC) to discuss the issue.

“North Korea apparently wants a U.S. general to appear at the table to quickly finalize the repatriation issue,” a source told Yonhap. “It is likely that military generals from the U.S. and North Korea will take part in the meeting.”

The UNC told the U.S. State Department about North Korea’s proposal and is waiting for Washington’s answer, the source added.

“We have to see the U.S. defense ministry’s response, but the UNC reportedly gave a positive signal to North Korea, so there is a good chance of the talks,” to take place on July 15, the source said.

The talks would be the first general-level military talks between North Korea and the UNC since March 2009.

North Korean Foreign Ministry spokesman Noh Kyu-Duk had previously said that, “The government hopes the agreements reached between leaders at the North Korea-U.S. summit, including the repatriation of Korean War remains, will be swiftly carried out as a means to fulfill the purpose of complete denuclearization and establishment of a peace system on the Korean Peninsula.”

Denuclearization “was always a ploy to ensnare Washington in a political dynamic which would reduce the threat of a U.S.-led war and ‘regime change.’ North Korean senior officials acknowledged this to friendly interlocutors,” according to an analysis by Yossef Bodansky cited in Geostrategy-Direct.com’s July 10 edition.

On Feb. 22, 2018, very senior North Korean officials were briefed in great secrecy about a memo personally signed by Kim Jong-Un which “contradicts” information “being communicated to the outside world,” Bodansky noted.

On June 23, U.S. Forces Korea said it had moved 100 wooden “temporary transit cases” to the border to prepare for the remains’ delivery. Separately, it has moved 158 metal coffins to Osan Air Base in Gyeonggi Province.

Since 1990, North Korea has reportedly returned 629 sets of remains to the U.S.

U.S. President Donald Trump on July 12 tweeted that he had received “A very nice note from Chairman Kim of North Korea. Great progress being made!”

In the letter dated July 6, Kim thanked Trump for his “energetic and extraordinary efforts” to improve the once hostile relations between the two countries.

“Wishing that the invariable trust and confidence in Your Excellency Mr. President will be further strengthened in the future process of taking practical actions, I extend my conviction that the epochal progress in promoting the DPRK-U.S. relations will bring our next meeting forward,” the letter read.

Kim also called their historic summit in Singapore the “start of a meaningful journey.”

An ecstatic CCP drops the deference to its most formidable adversary: 'Good riddance'
Read more

Sec. of State Pompeo goes out with a bang
Read more