A new policy for Delaware schools drafted by Gov. John Carney would allow children in grades K-12 to select the race or gender with which they identify – without the consent of their parents, according to recent reports. 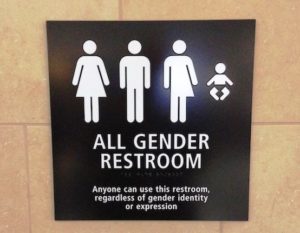 The policy would even allow students “access to the hormone blockers necessary to transition,” also without the consent of their parents, The Daily Caller reported on Feb. 4.

Carney’s plan will also allow students “to join any sports team they choose and to use bathrooms and showers according their chosen identity,” the report said.

“It opens Pandora’s Box,” state Rep. Rich Collins, District 41 Republican, said, according to Delaware State News. “It has the potential to twist schools up in knots.”

Supporters of the policy say it will protect transgender students and minorities from discrimination.

“The comprehensive nature of the protective characteristics makes it a really good regulation. It’s very broad in terms of the groups of students it protects,” Mark Purpura, a member of the policy development team, told WBOC.com.

Purpura did note that most of the over 11,000 public comments submitted to Delaware’s Department of Education regarding the policy have been negative.

“As a parent, I have fundamental rights to the care, custody, control, upbringing and information regarding my child,” said parent Kay Fox, according to WBOC.

Similar policies have been issued in Washington, D.C. and other cities and states.

The Daily Caller noted that “District of Columbia Public Schools issued guidance in 2016 indicating that students who feel they are transgender can elect to have their parents participate in the transition process, but that they don’t have to tell their parents about their transition if they don’t wish to.”

The Daily Caller added that “Chicago Public Schools instructs staff not to tell parents about their child’s gender transition without the child’s permission. Policy guidance from the Massachusetts Department of Education also instruct school personnel to speak with the student first before discussing a student’s gender nonconformity or transgender status with the student’s parent or guardian. The Oregon Department of Education also issued similar policy guidelines.”