Saudi Arabia will return to “what we were before – a country of moderate Islam that is open to all religions and to the world,” Crown Prince Mohammad said on Oct. 24.

“We will not waste 30 years of our lives dealing with extremist ideas; we will destroy them today,” the crown prince said at the beginning of the Future Investment Initiative in Riyadh.

“It was not like this in the past… We will end extremism very soon,” he added in what analysts described as the crown prince’s most direct criticism of Saudi Arabia’s conservative religious establishment to date.

Saudi Arabia, an absolute monarchy, is governed under a puritanical form of Sunni Islam known as Wahabism. Extremist versions of Wahabism are espoused by jihadist movements such as Al Qaida and ISIS.

In an earlier interview with the Guardian, the crown prince said that Saudi Arabia’s conservatism was in part fallout from Iran’s Islamic Revolution.

“What happened in the last 30 years is not Saudi Arabia. What happened in the region in the last 30 years is not the Middle East. After the Iranian revolution in 1979, people wanted to copy this model in different countries, one of them is Saudi Arabia. We didn’t know how to deal with it. And the problem spread all over the world. Now is the time to get rid of it.”

Also at the Future Investment Initiative, the crown prince announced the creation of Neom, a new $500 billion independent economic zone to be built on the border with Jordan and Egypt.

The 2025 project will operate using alternative energy and serve as a worldwide technology innovation hub, he said. 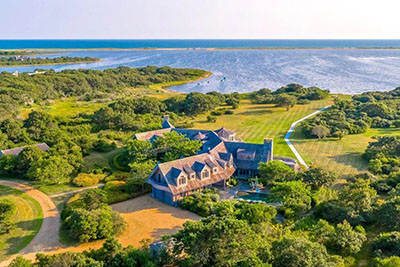