Covid knocked world for a loop but one year later, it’s still in orbit

More than a year into the Covid-19 pandemic, the world remains shocked and numb to the effects of this “once in a century” virus.

Millions have already died, economies have been wrecked, and unemployment and despair is rife. Yet the panacea of vaccines is helping many countries at long last to stabilize the threat, turn the corner and confront the still potent fear factor among citizens.

In a single year, Covid has created tectonic economic and political changes; the earth seems to have shifted before us as the once powerful U.S. economy, characterized by high growth and record low unemployment, stalled and started slipping backwards. 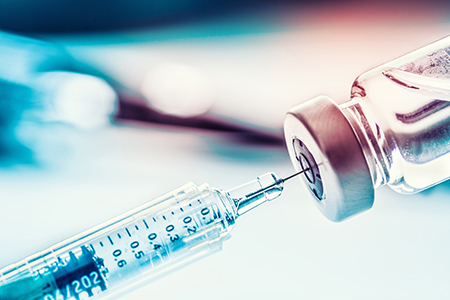 Europe and Japan froze. Developing countries were decimated. The turmoil and government mandated lockdowns added to the peoples’ gloom.

But now it’s Spring; the American economy is reviving due to numerous costly stimulus plans, patches of green hope are sprouting, a significant renewal because of the vaccines; three separate versions (Pfizer, Moderna, J&J) developed by private industry with strong government incentives during Operation Warp Speed last summer and fall.

Coordinated vaccine distribution started in the USA late last year; the pace has happily quickened and now 120 million people have the jab.  There are three vaccines being used in what has become a necessary and herculean effort for those especially older people who do need the vaccination. While the U.S. is not yet at “herd immunity” the programs are trending well.

Western Europe on the other hand is facing total vaccine disarray; the primary vaccine Astra-Zeneca has worked well in the United Kingdom but faces health fears and hurdles in most of the European Union including France and Germany.  Moreover, COVID cases are rising as some countries are suspending the use of Astra-Zenca over fear of suspected blood clots.

The European Union’s entire program has been hampered by centralized procurement, supply shortages, and a reluctance of many people, especially in France, to even get the vaccine.

Now facing the third wave of Covid cases, the French government has imposed another series of lockdown measures for large parts of the country; nighttime curfews (7 pm to 6 am), travel    restrictions, and the need for citizens to carry a two page permission document to do mundane daytime chores in their neighborhood or city. The travel permission document (classic French paperwork), can conveniently be put on your Smart Phone to show the police. Despite good intentions, this is all about control.

In Germany there are now lockdowns in major cities such as Hamburg. Throughout Germany there have been demonstrations against Covid regulations.

COVID cases are still spiking; Italy has registered over 100,000 deaths.  France is near that number too.  Britain, with the best vaccination program still has over 127,000 deaths and the National Health Service stands at breaking point.

Contrary to last year, the virus is now ravishing parts of Central Europe such as Hungary, and Poland.  Yet Hungary and Poland have among Europe’s highest vaccination rates.

There are two key points here. Many European countries such as France have well-funded and bloated national health systems which somehow can’t handle the crisis.  The John’s Hopkins vaccine dashboard shows that fewer than 4 percent of the French are vaccinated with 4 percent representing Italy, Spain and Germany.  The USA by contrast has over 13 percent of the population fully vaccinated or 43 million people.

Yet there’s another issue here. The pandemic and its aftershocks clearly played a significant role in spilling the electoral game board in the United States last year; Joe Biden’s election would have been highly unlikely had it not been for the political tsunami of the pandemic.

Now as events are unfolding, don’t be surprised if Germany, holding national parliamentary elections in September without the redoubtable Chancellor Angela Merkel running, could see an electoral surprise.  Equally French President Emmanuel Macron faces elections next year; will the undertow of the moribund economy, the pandemic, and general social dissatisfaction shake the status quo?

Given the way the European Union has dropped the ball on vaccine distribution, there’s widespread criticism in many countries.  Anti-EU sentiments, smoldering all along and mirroring Britain’s Brexit movement, can easily be stoked.

In the USA continuing Covid restrictions place high costs on doing business, often irrational rules on business such as in New York and California restaurants, and control of the population through state government mandates.

The Sky is no longer falling, but there’s still a long way to go.

Covid knocked world for a loop but one year later, it’s still in orbit, WorldTribune.com