In a dispute over voter registration transparency, Democratic officials in Maryland attempted to smear government watchdog group Judicial Watch as an agent of Russia. The watchdog group ended up trumping Maryland’s Russia card.

U.S. District Court Judge Ellen Lipton Hollander last week ordered Maryland to produce to Judicial Watch voter list data for Montgomery County, the state’s largest county, which has more registered voters than citizens over the age of 18 who are eligible to register. 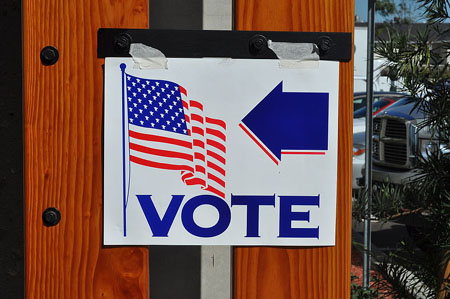 On April 11, 2017, Judicial Watch sent a notice letter to Maryland election officials which noted that Montgomery County had an impossibly high voter registration rate. The letter threatened a lawsuit if the problems with Montgomery County’s voter rolls were not fixed.

Democratic Maryland officials shrugged off the notice letter and suggested Judicial Watch was an agent of Russia.

“A government agency is taking Democratic talking points to beat someone up for suing them,” Judicial Watch said at the time.

Judge Hollander’s ruling last week comes in a lawsuit filed in July 2017 by Judicial Watch against Montgomery County and the Maryland State Boards of Elections under the National Voter Registration Act of 1993 (NVRA).

The NVRA requires states to take reasonable steps to clean up voting rolls and to make documents about voter list maintenance practices available to anyone who asks.

The decision follows NVRA-related Judicial Watch successes in California and Kentucky that could lead to the removal of up to 1.85 million inactive voters from voter registration lists.

“Now that the court has cleared the way for Judicial Watch to obtain the Montgomery voter data, our efforts to force the State of Maryland to comply with the NVRA and clean up its voter rolls may proceed,” said Judicial Watch President Tom Fitton. “After our successful efforts to bring Kentucky, California, Ohio and Indiana into compliance with the National Voter Registration Act, it’s time for Maryland politicians to stop the politics, see the light, get right with the law and clean up the State’s voter rolls. If they don’t, we’ll see them in court again.”

Judge Hollander rejected Maryland’s objections to providing the voter list information under Section 8(i) of the NVRA.

The judge wrote in her decision:

“If Judicial Watch had submitted requests for voter registration data, corresponding to the thousands of Montgomery County voters, the State would have been required to produce each record, pursuant to Section 8(i). Instead, Judicial Watch merely submitted a single request for a voter list containing and compiling the same information about the thousands of voters in Montgomery County. Although both scenarios seek the same information, defendants believe that the NVRA would require compliance with only one of them. Rejecting Judicial Watch’s request based on semantics would be tantamount to requiring Judicial Watch to make thousands of separate requests. Neither the NVRA, the Court, nor common sense can abide such a purposeless obstruction.

“Organizations such as Judicial Watch have the resources and expertise that few individuals can marshal. By excluding these organizations from access to voter registration lists, the State law undermines Section 8(i)’s efficacy. Accordingly, [Maryland election law] is an obstacle to the accomplishment of the NVRA’s purposes. It follows that the State law is preempted in so far as it allows only Maryland registered voters to access voter registration lists.”