Conservatives aim to ‘shake up Hollywood’ with upcoming Gosnell movie

The February release of the feature film “Gosnell” will, through the box office, give conservatives a chance to influence a portion of the culture that is dominated by liberals.

“We’re hoping to shake up Hollywood with that movie coming out,” John Sullivan, co-producer of the film, told attendees at last week’s Western Conservative Summit in Denver. 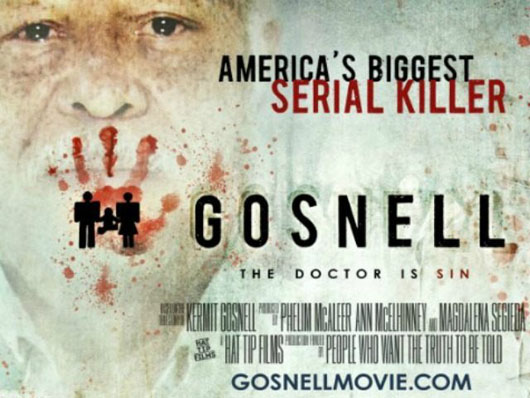 “Gosnell” tells the story of Dr. Kermit Gosnell’s 2013 trial on murder charges stemming from the deaths of a female patient and newborn infants at his Philadelphia abortion clinic.

Sullivan, who directed with Dinesh D’Souza the documentaries “America” and “2016: Obama’s America”, both of which outperformed expectations, gave an advance screening on July 22 of the “Gosnell” trailer, which plays like an episode of “Law & Order” with both a police investigation and a courtroom drama, Valerie Richardson reported for The Washington Times.

“The fact that it’s a feature film carries more political and cultural weight than anything else,” Sullivan said.

“Gosnell”, starring Dean Cain and Earl Billings, was produced with $3.2 million in crowdfunding in the largest fundraising effort for a film in Indiegogo history, but has struggled to find a distributor.

“We need your help. When a movie comes to the theaters, you have to go see it,” said Sullivan.

The screenplay for “Gosnell” was written by Irish filmmakers Phelim McAleer and Ann McElhinney, the conservative team behind political documentaries like “FrackNation” who also wrote the 2017 bestseller “Gosnell: The Untold Story of America’s Most Prolific Serial Killer”.

“When you look at Hollywood in general – and I’m including the news, television, the movies and that – the driver for all this is theatrical films,” Sullivan said. “When you look at the magazine rack at your local grocery store, it’s going to have movie stars on it. That’s who’s mostly going to be there. And O.J.”

“I don’t know why it happened, I really don’t,” Sullivan said. “I’ve asked a lot of people. Some would say they were driven out of it, some would say it was natural attrition. But it’s something we have to go back to if we ever want to have any shot at having any point in the culture at all.”