Columnist on the January 2021 showdown: God or government, that’s the choice

The United States of America in January 2021 is “at a major crossroads,” a columnist noted.

“America is lost without God, and only God can now save America,” Cheryl K. Chumley wrote for The Washington Times on Jan. 5. “Our country is in peril.” 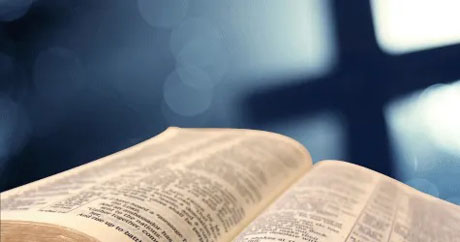 The runoff elections in Georgia, Chumley noted, “will tip political and societal scales one way or the other, perhaps forever more. Capitalism? Socialism? Freedom? Collectivism?”

Evangelist Franklin Graham, in a social media post, put it this way: “If those claiming the name progressive are allowed to have their way, we won’t even recognize this nation in a very short time.”

Graham made the comments in context of responding to the Democrat leadership in Congress, which instituted new rules to abolish use of male versus female terms. Specifically, the proposed rule is being billed as a way to “honor all gender identities by changing pronouns and familial relationships in the House rules to be gender neutral.”

Chumley noted: “The proposed rule is a rail against God. It’s a bucking of godly teaching.

“All the radical leftists in the country are railing against God’s rule, God’s truth, God’s commandments, God’s domain, God’s establishment of rule and law and order — all the time. That’s the Left’s way; that’s the Left’s ultimate target. God must go, so government can become the god. That’s the end game.”

The 117th Congress “opened with a prayer to the Hindu’s Brahma,” Chumley noted. Then “amen and a-woman” was uttered by a Democrat who’s a United Methodist pastor, no less.

The leftist-run corporate media is “swinging into high Joe Biden-defense gear,” Chumley wrote. “The ‘America First’ foreign and economic policies are slipping into obscurity — and the ones cheering loudest are the ones openly hostile to America, Americans’ interests and the American way of life. The United Nations, the World Health Organization and other partners in the small circle of global governing elites are rubbing hands in glee. No more ‘Make America Great Again’ talk, no more President Donald Trump MAGA walk. No more individual freedoms first, Big Government collectivism second.”

Chumley added: “The coronavirus, with all its bogus numbers, with all its unconstitutional government crackdowns, beckons madly for more masking, more closures, more complete and utterly nonsensical shutdowns of basic human activities.

“The enemies of freedom are too many to count. So it seems.

“But this is where God’s glory can shine brightest.

“Founding Fathers warned that a nation devoid of proper moral compass would not long last as a democratic-republic. Founding Fathers cautioned that a country without virtuous citizenry would lead to a body of politicians without virtue, and the chaos that came would ultimately cripple the concept of limited government.

“In the confusion about where to fight, in this chaotic swirl of all the battles to face, the spot of clarity is this: Fight for God.

“The rest will then take care of itself.

“Or more to the point: God will then take care of the rest.”