Columnist: Lowering flags in honor of Rush Limbaugh is the ‘unifying thing to do’ 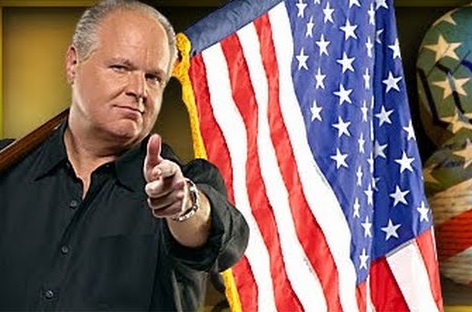 “A movement of millions and masses that also included liberals, Democrats, Libertarians, socialists, progressives and more, even if only to gather arguments to fight for their own respective sides,” Cheryl K. Chumley wrote for The Washington Times.

Joe Biden during the campaign and since the inauguration has vowed that he would unify the nation.

In his inaugural address, Biden said: “To overcome these challenges, to restore the soul and secure the future of America, requires so much more than words,” Biden said. “It requires the most elusive of all things in a democracy: unity.”

Chumley noted that Biden “should order the lowering of the American flag, in honor of Limbaugh. It’s the unifying thing to do.”

President Barack Obama frequently ordered flags flown at half-staff. He did it for the Orlando nightclub shooting, the Fort Hood shooting, and for singer Whitney Houston.

Obama “ordered the flag lowered 66 times in various proclamations issued over the years, beating by several George W. Bush’s 58 similar orders and Bill Clinton’s 50,” Chumley noted. “In fact, he ordered the U.S. flag lowered so many times, critics questioned whether he actually understood the supposedly somber reasons behind lowering the flag in the first place.”

With that in mind, Chumley noted, Limbaugh is “a no-brainer.”

Columnist: Lowering flags in honor of Rush Limbaugh is the ‘unifying thing to do’, WorldTribune.com