A bill introduced in Colorado’s legislature which would require doctors to treat infants born alive after a botched abortion was defeated by Democrats, a report said.

The Born Alive Child Physician Relationship Act was defeated on Tuesday on a 6-3 party-line vote after being assigned to the House State, Veterans, and Military Affairs Committee, known in the state legislature as the “kill committee,” Valerie Richardson reported for The Washington Times. 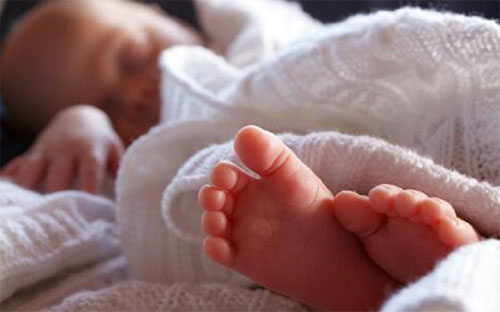 Under the bill, failing to provide “appropriate medical treatment” to infants born alive would be a Class 3 felony subject to a $100,000 fine and up to 12 years in jail. Only doctors would be held liable, not pregnant women.

“We must look at ourselves and decide what kind of a society we are,” said Republican state Rep. Shane Sandridge, the bill’s sponsor. “This is not an abortion bill, this is a murder bill.”

A second pro-life bill, H.B. 1098, which would have barred abortions after 22 weeks, was also defeated on a 6-3 vote by Democrats, who control both houses of the Colorado legislature.

“Both of these bills had support from Coloradans across all political spectrums and neither received a fair hearing in the ‘Kill’ Committee,” said Colorado House Republicans. “We will always stand in defense of life. It is our duty to defend those who can’t defend themselves.”

“Fact check: Bills like #HB1068 (the so-called born alive bill) aren’t necessary. If such a thing was happening in CO – and it isn’t – our criminal laws have it covered. This is another attempt to demean & demonize abortion providers,” she tweeted.

Jeff Hunt, director of the Centennial Institute at Colorado Christian University, noted that the pro-life Susan B. Anthony List has documented 270 born-alive infants after abortions. The Centers for Disease Control reported at least 143 born-alive infants from 2003-14.

“I’ve had people comment on this who are pro-choice, that this should be a no-brainer,” said Hunt. “The child is outside the womb. If you listen to pro-choice advocates, they don’t believe life begins until the child has breath in its lungs. Well, here are children with breath in their lungs. These are helpless children in need of medical care, and we’re refusing to mandate that care.”

Richardson’s reported noted that, in Colorado, the Coalition for Women and Children is collecting signatures for a proposed November ballot measure that would ban abortions after 22 weeks except to save the life of the mother. Medical personnel who violate the ban would be subject to fines, but pregnant women would not be penalized.

In the Democratic state legislature, “there’s no willingness whatsoever to put any type of guardrails on abortion,” said Hunt.

“In Colorado, it’s wide open, and they won’t touch any type of commonsense infanticide bills, period,” he said. “The reason is that it could possibly in some cases limit a woman’s access to abortion.”

In 2019, Texas passed a law strengthening protections for infants who survive abortions. West Virginia is very close to passing a similar bill.

Last year, the state legislatures in Montana, North Carolina and Wisconsin nearly passed bills to protect born-alive infants as well, but their Democratic governors vetoed the legislation. Wisconsin Gov. Tony Evers argued that the legislation was “not a productive use of time.”