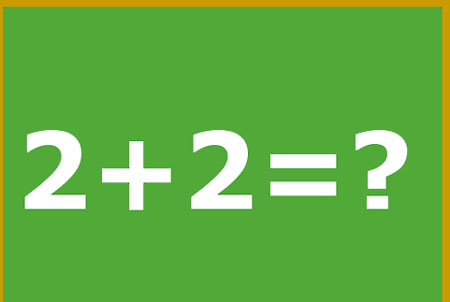 Laurie Rubel, who teaches math education at Brooklyn College, tweeted: “Along with the ‘of course math is neutral because 2+2=4’ trope and the related (and creepy) ‘math is pure’ and ‘protect math.’ Reeks of white supremacist patriarchy. I’d rather think on nurturing people & protecting the planet (with math in service of them goals).”

“Y’all must know that the idea that math is objective or neutral IS A MYTH,” added Rubel.

Harvard Ph.D. candidate Kareem Carr suggested that math should be re-evaluated because it was primarily developed by white men.

“People say it’s subjectivism to ask if math is Western. I don’t get that. It’s an objective fact that some groups were more involved in the creation of modern math than others,” Carr said. “They may have been *trying* to make it objective but it’s not stupid to ask if they actually succeeded!”

Rochelle Gutierrez, who teaches “Sociopolitical Perspectives on Mathematics and Science Education” at the University of Illinois, responded to a tweet from a former educator claiming that the U.S. “colonizes” math.

“By now it is well known, for example, that other cultures were using the theorem we call Pythagorean, yet we still refer to it with this name. This is colonization and erasure,” the tweet from the former educator read.

Gutierrez responded: “YES! This attends to the Cultures/Histories dimension of RM (addressing Western/Eurocentric maths). And, we also want to attend to the Living Practice dimension (which is more about imagining a version that builds upon ancestral knowings, but does not yet exist).”

A few academics have pushed back. Mathematician and author James Lindsay, reminded Rubel and her peers that mathematical truths are objective.

“It’s certainly the case, and the Woke need to be held firmly to the point, that feats of engineering like space travel and rocketry utterly depend upon accepting stable meanings of mathematical statements like 2+2=4 as objectively true, not mere accidents of culture,” Lindsay tweeted.