Elections officials in Luzerne County, Pennsylvania said a “coding error” with Dominion Voting Systems machines was to blame for issues in this week’s primary election. 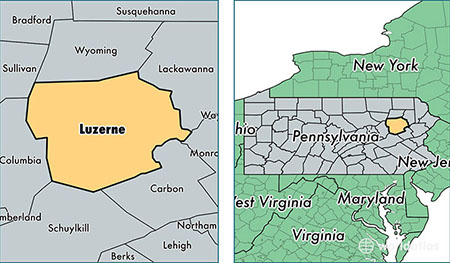 Voters reported that ballots labeled as Democrat were popping up on the machines regardless of the voter’s party registration.

Luzerne County Director of Elections Bob Morgan says the issue didn’t originate in the northeastern Pennsylvania county, but was a problem with coding in the voting machines, WBRE-TV reported on May 18.

“It took us about probably five weeks. We gave a final product to Dominion. There is no evidence of any of this problem on the mail-in ballots which were produced from that file. We’re still working with Dominion to get an explanation as to how this coding error occurred,” Morgan said.

Morgan added that, when Dominion was contacted about the problem, they seemed “as surprised about it as we were.”

Luzerne County voters who went to the polls on Tuesday reported noticing incorrect labeling on electronic ballots. Regardless of party, every voter was seeing a ballot labeled as Democrat on the first screen.

“Unfortunately, this morning, the machines were all shut down and people were losing their patience and leaving,” a voter from Exeter said, WBRE reported.

“It’s disheartenening. When you get a person who gets elected in, did they truly get elected in? That’s the question, and no one can truly answer that,” WBRE cited voter Chris Harding as saying.

WBRE asked Morgan whether there was any possibility Luzerne County could be at fault.

“In that five-week process, is there any possibility it could have been on your end and not theirs?” WBRE asked.