Coca-Cola believes its racist to require an ID to vote, but the company requires valid ID to be admitted to its annual meeting of shareholders.

Coca-Cola Chairman and CEO James Quincey issued a statement last week saying the company is “disappointed in the outcome of the Georgia voting legislation.”

“Voting is a foundational right in America, and we have long championed efforts to make it easier to vote,” Quincey said. “We want to be crystal clear and state unambiguously that we are disappointed in the outcome of the Georgia voting legislation. Throughout Georgia’s legislative session, we provided feedback to members of both legislative chambers and political parties, opposing measures in the bills that would diminish or deter access to voting.”

Georgia’s new voting law requires a drivers’ license or state ID number be listed to submit an absentee ballot to vote, among other new reforms. The state already required ID to vote in person. 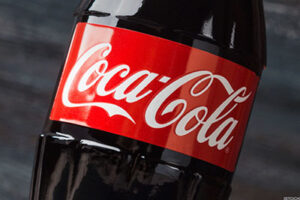 Breitbart’s John Nolte pointed out that “Delaware, which is run exclusively by Democrats, has stricter voter integrity laws than Georgia’s revamped laws.”

“Why aren’t the Woke Gestapo at Coke and Delta raging against Delaware? Will Coke and Delta refuse to do business with Delaware? No, because this is not about principle, it’s about allowing Democrats to steal elections, virtue signaling, corporate bullying, and lies,” Nolte wrote. “Case in point: Coke and Delta do business with countries such as China and Russia, where voting is a total joke, where everyone truly is disenfranchised, where human rights don’t exist.”

Nolte continued: “Hey, I know…Let’s all try to fly on Delta Airlines without a photo ID and see what happens! Black people should try to board Delta flights without ID and see if the racists at Delta allow them to board.”

Major League Baseball also condemned the new legislation in Georgia and moved its All-Star game out of Atlanta as a result.

MLB has a photo ID requirement of its own for fans picking up tickets at the stadium.

South Carolina Republican state Rep. Nancy Mace took note of this requirement and found it hypocritical. “Hey @MLB, this you?” Mace wrote, as a caption to a screenshot of baseball’s Will Call policy at mlb.com.

In a letter sent directly to Coca-Cola, the Georgia State House of Representatives said in part:

Given Coke’s choice to cave to the pressure of an out of control cancel culture, we respectfully request all Coca-Cola Company products be removed from our office suite immediately.

Should Coke choose to read the bill, share its true intentions and accept their role in the dissemination of mistruths, we would welcome a conversation to rebuild a working relationship.

We have the responsibility to all of Georgia to not engage in those misguided intentions nor continue to support corporations who choose to. Given Coke’s choice to cave to the pressure of an out-of-control cancel culture, we respectfully request all Coca-Cola Company products be removed from our office suite immediately.