CNN on Monday ran an article which closely cited a propaganda report from the Chinese People’s Liberation Army (PLA) which contends that China’s Navy is doing a better job containing the coronavirus than the U.S. Navy. 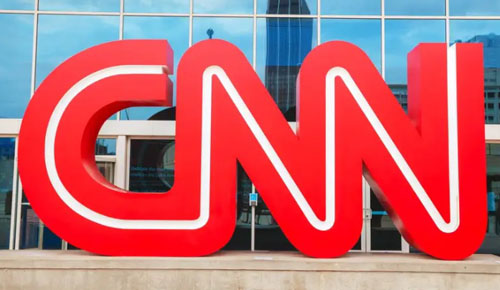 CNN repeated information from a story posted on the PLA’s English-language site which hailed a Chinese aircraft carrier which was spotted at the Miyako Strait as a sign that it was continuing its operation while U.S. ships in the region were struggling to contain coronavirus outbreaks on their vessels.

“ ‘Through the voyage, the Liaoning showed that the Chinese People’s Liberation Army (PLA) has done a great job in the epidemic prevention and control work and COVID-19 epidemic has not had an impact on its deployment and operations,’ ” the propaganda piece says, citing Xu Guangyu, a senior adviser to the China Arms Control and Disarmament Association.

CNN added: “The report said that the Chinese carrier was carrying out this operation while four U.S. Navy aircraft carriers — the USS Theodore Roosevelt, the USS Ronald Reagan, the USS Carl Vinson and the USS Nimitz — have reported cases of coronavirus, crimping their operations.”

CNN’s regurgitation of Chinese propaganda comes at a time of increasing distrust of information coming out of China regarding the coronavirus. U.S. corporate media has also come under scrutiny for repeating Chinese propaganda amid the pandemic.

The CNN article even quoted part of PLA’s notice touting their job in preventing the virus.

“ ‘It showed that the PLA can dispatch troops stationed anywhere at any time, with the troops always maintaining vigorous combat capabilities. The Chinese people can always count on them,’ Xu is quoted as saying.”

A CNN spokesperson dismissed concern the outlet was simply repeating propaganda from China’s PLA, calling the post on the site a “single update from our international site’s 24-7 Live Story.”

“[The story] explicitly states the sourcing as a PLA story and identifies the Global Times as ‘a state-run tabloid.’ That transparency is key as a global news source serving a global audience,” CNN’s Vice President of Communications Matt Dornic told The Daily Caller.

CNN has also repeated the Beijing-approved talking point that it is racist to refer to the virus by its city and country of origin.

“CNN is ahead of the curve when it acknowledges Beijing’s propaganda campaign to rewrite history. But that makes it that much worse when it parrots the line that it is racist to refer to the virus in such a way that reminds everyone that China is solely responsible for the pandemic,” the Washington Examiner’s Becket Adams wrote.

“[The] U.S. has more known cases of coronavirus than any other country,” CNN reported on March 26, its declaration coming in unison with nearly every corporate media outlet in the United States.

Pandemic trackers who work with the data provided have continually pointed out that the information coming out of China is not believable.