China’s Foreign Ministry announced on Friday that the communist regime in Beijing is taking eight measures against Team Biden, including halting “climate” talks and military coordination, in response to House Speaker Pelosi’s visit to Taiwan. 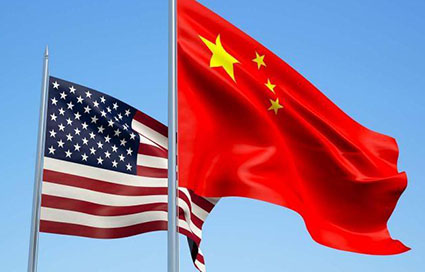 China, the Ministry confirmed, would halt the following eight interactions with Washington:

4. Suspending China-U.S. cooperation on the repatriation of illegal immigrants.

China’s suspension of talks on climate change is a huge blow to Team Biden and its climate czar John Kerry, who has touted alleged progress made with the communists on what is the number one issue of the leftists running the Biden administration.

Kerry has stated in the past that climate negotiations with China come “first and foremost” in Team Biden’s dealings with the communist regime. Kerry regularly participates in multiple friendly meetings with Chinese Communist Party officials at venues like the World Economy Forum at Davos.

“The Communist Party is the most prolific builder of coal power plants in the world and has recently bragged about using fossil fuels to avoid blackouts and other power concerns currently facing Europe, as much of the continent has chosen to attempt to replace fossil fuels with “green” alternatives,” Breitbart’s Frances Martel noted.

The suspension of military talks – which exist to ensure that People’s Liberation Army (PLA) and American armed forces assets do not accidentally or otherwise clash in international waters, particularly in the South China Sea – follow days of PLA exercises in the waters surrounding Taiwan.

“China has essentially blockaded the country, shutting down large swathes of Taiwan’s sovereign waters to shoot ballistic missiles into the ocean,” Martel noted.

Pelosi spent about 19 hours in the island nation this week, meeting with President Tsai Ing-wen and top national legislators, and visiting the country’s human rights museum.