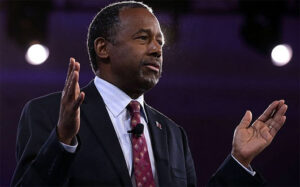 Marlow recalled Thursday’s confirmation hearing for Dr. Rachel Levine, a man who describes himself as a woman.

“We’re being told it’s scientific to allow children to change their genders, either with treatments or with surgeries,” Marlow said. “This is not science. It’s so far beyond it, but give me your sense of someone who’s lived his life as a scientific person.”