Chat logs chronicled calls to violence by anti-Trumpers at Capitol on Jan. 6

Anti-Trump activists sought to turn the massive rally on Jan. 6 in support of the president into a violent riot, according to chat logs from a Discord channel hosted by Black Lives Matter activist John Earle Sullivan, a report said.

Posts on the Discord channel revealed the anti-Trump activists disguised themselves as supporters of President Donald Trump by wearing MAGA hats and shirts with the president’s insignia, The National Pulse reported on Jan. 15.

A chat log user named “deaththreat,” admitted that a “large sum of anti-Trumpers” composed those storming the Capitol before appearing to identify themselves in the crowd.

The chat logs reveal that Sullivan and his followers infiltrated the Jan. 6 Save America March.

Screenshots from the chat included calls to violence such as “we gotta get this shit burned” and “it’s our house motherf*ckers,” the National Pulse report noted.

The chat logs counter reports by corporate media that Sullivan was present during the breach of the Capitol to “report” on it.

Rather, the logs corroborate federal charges filed against Sullivan in which he served as an agent provocateur.

Sullivan – who uses the name Jayden X – can be seen sending an image of himself in a Trump 2020 hat on Jan. 6. The caption of the image reads: “counter intel”.

“The latest information severely undermines the establishment’s claims that Donald Trump incited a riot at the Capitol and that his supporters were responsible for the majority of the action on Jan. 6,” the report noted. 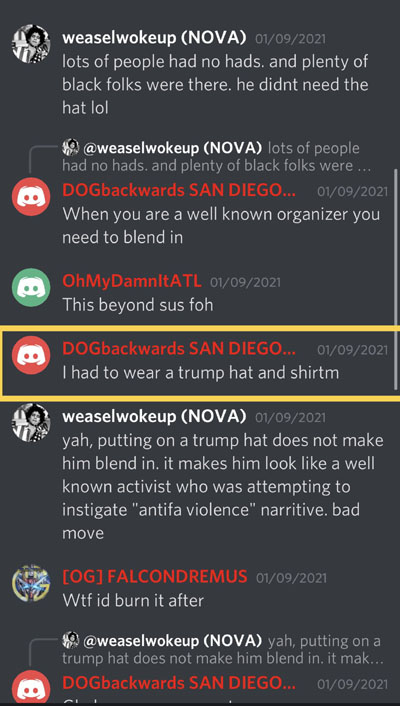 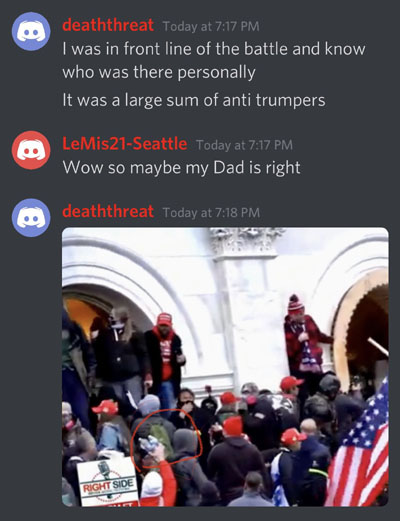