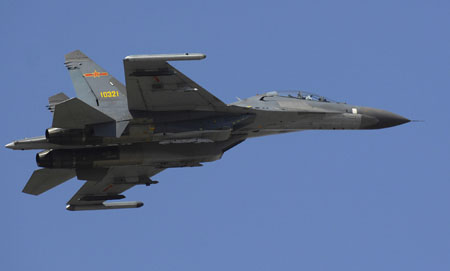 Special to WorldTribune.com By Richard Fisher, Geostrategy-Direct For the first time since 2011, two Chinese People’s Liberation Army Air Force (PLAAF) Shenyang J-11 fighters crossed the Mid-Line of the Taiwan Strait near the Penghu Islands on March 31, 2019. The incursion prompted Taiwan President Tsai Ing-wen on April 1 to state on her Facebook page […]

Special to WorldTribune.com By Richard Fisher, Geostrategy-Direct China’s military spending for 2019 will increase by 7.5 percent to about $177.61 billion, as revealed on March 3, 2019 by an official at Chinese Communist Party’s annual National People’s Consultative Congress. This figure, while lower than the 8.1 percent for 2018, is greater than the announced 6 […]