By Wesley Pruden If we can get through the last of the Pundit Primaries, the actual Republican voters can get on with the business of choosing the man to liberate America from Barack Obama. But the path to presidential power is strewn with little rocks who imagine they’re mighty boulders. The “debates”—it’s an insult to […] 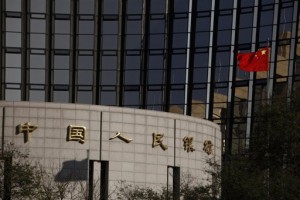 Jeffrey T. Kuhner Republicans have been casting about for a viable alternative to Mitt Romney. Many now believe Mr. Gingrich should be the GOP’s 2012 presidential nominee. They are wrong. Mr. Gingrich has excellent qualities. He is a formidable debater, articulate and possesses a strong grasp of policy. In fact, the Georgia Republican has won […]

If only pigs really could fly

By Wesley Pruden The congressional super-duper, new-and-improved deficit committee, organized to enable Congress to do what it was sent to Washington to do, failed. Or, in the spirit of the holiday season, “faileth.” Handel should write an appropriate oratorio. The talk-talk has gone on long enough. It’s the fault of the Republicans, of course. We […]