Can a nation so divided against itself stand?

WASHINGTON ― The two top American political parties are so badly fractured you wonder if they’ll ever come together again. And that’s to say nothing of the American public: that is, the vast majority who don’t participate in party politics at all.

It’s difficult to know which party is more divided. The Democrats are split between the majority who see Hillary Clinton as their only hope and a vociferous minority rallying around the socialist Bernie Sanders. Many Republicans don’t care for Donald Trump even if he did overwhelm all his foes whom he insulted to death while campaigning for the nomination.

Devotees of American-style democracy will rationalize the excesses by saying, yes, but in the end the American people always unite behind their government and way of life. Maybe, but maybe not this time. Look at all the trouble President Obama has had dealing with a Republican-dominated Congress. 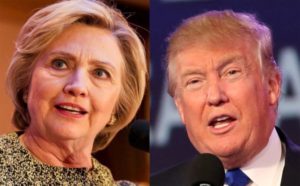 The animosity runs so deep there’s always the possibility of open rebellion. Members of each party love to laugh at the splits in the other party, to see if they can exploit the divisions, but they do so knowing their own problems may be far more severe.

Who was worse for party unity, the devotees of Sanders carrying on in his name at the Democratic convention ― or Ted Cruz refusing to endorse Trump, who had called him “lying Ted” while campaigning for the Republican nomination.

American politics are so divisive, so bitter, that it’s hard to compare with anything you’re likely to see in any other democracy. Plenty of charges and claims get thrown around in other more or less democratic systems, but how many political campaigns degenerate into such terrible personal attacks, how many last so long, how many cost so many millions of dollars?

Perhaps the best that can be said about the whole show is that at times it makes for terrific theater. The news is full of sound bites of statements, denunciations and commentary that elevate the dialogue at times to the level of a hard-fought athletic contest. Loud voices resonate everywhere from radio talk shows to the evening news. Maybe victory should go to whoever talks longest, loudest.

Matching the yakking on TV, columnists and editorial writers have fun denouncing the candidates, especially Trump. I’m beginning to wonder if any newspaper, columnist or master of the medium of print has a good word to say about him other than Rupert Murdoch’s tabloid New York Post.

The New York Times and Washington Post seem to be competing with one another to see which can attack him the hardest, strongest, toughest, meanest.

It’s because the people at those two papers pillory him so much it’s possible to empathize with the Trumpkins. Those anti-Trump diatribes may rebound while Trump comes back with more sneers and insults.

The level of the language, though, does leave you thinking, does anyone know what they’re talking about? How in touch are we with the real issues?

Actually there are important differences. Hillary’s not going to try and do away with Obamacare, and she’s not going to talk about building a fence along the Mexican border or screening every Muslim for signs of terrorist inclinations. But then again, would Trump carry out any of the stuff he’s been threatening?

That question is of special relevance for Northeast Asia, from which Trump indicates he’d like to withdraw most of the 78,500 U.S. troops in Japan and Korea. That’s highly ironic considering the reckless tough talk that he throws around, promising to smite America’s enemies, all in keeping with the theme, “Make America Great Again.”

It’s unlikely Trump as president would fulfill all his crazy campaign pledges, but really we don’t know what he’d do. Hillary, in view of her background as secretary of state, would probably be more level-headed, but it’s hard to say what she’d do either.

All we know for sure is that for another three months and four days the noise level of the campaign is going to reach all-time highs as Trump talks about the failure of the Obama administration and Hillary’s lying and Hillary comes back with jabs at Trump as a real and present danger to the U.S. and the world.

How is it possible to present a united front, in the event of war or some other cataclysm, when such powerful Americans are so dedicated to pummeling each other? The nastiness in this campaign has never reached such a high level, at least in recent memory. That’s a matter of real concern ― even if it’s fun to watch them going after each other.

Donald Kirk has been covering war and peace in Asia for decades. He’s at kirkdon4343@gmail.com.

Can a nation so divided against itself stand?